BBNaija 7: 6 Housemates Up For Possible Eviction On Sunday 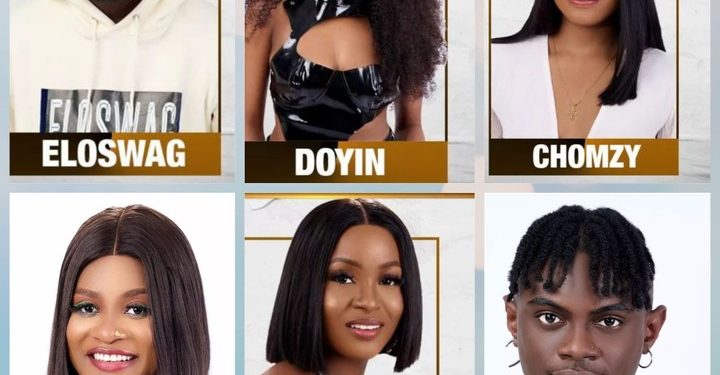 Six housemates have been placed for possible eviction on Sunday, September 11, 2022 in the ongoing Big Brother Naija Season 7.

The housemates are Bryan, Phyna, Eloswag, Doyin, Chomzy and Bella, who were nominated after the Head of House game, which produced Hermes as winner.

Biggie instructed each housemate during their diary sessions to nominate three housemates for eviction.

Initially eight housemates were nominated, which included Adekunle, Chizzy and Rachel, but the last two, who are Riders and cannot be evicted.

However, the Head of House has the veto power to save and replace a housemate. He decided to save Adekunle and replaced him with Bryan.

This made the number of final housemates up for possible eviction on Sunday to be the six, namely Eloswag, Doyin, Chomzy, Phyna, Bella And Bryan.

NDDC: There Is No Impediment To Inauguration Of Board Confirmed By Senate – Group

NDDC: There Is No Impediment To Inauguration Of Board Confirmed By Senate – Group