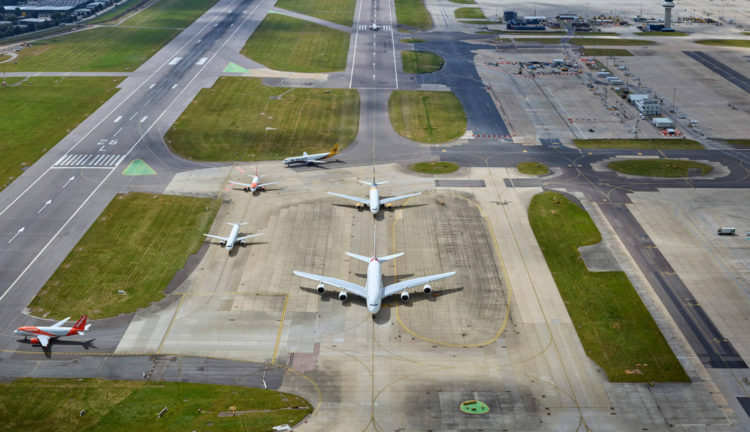 The Federal Government has vowed to penalise foreign airlines selling tickets to Nigerians in Dollars, insisting that such practice is a violation of Nigerian laws.

Minister of Aviation, Senator Hadi Sirika, disclosed this to State House correspondents after the weekly Federal Executive Council (FEC) meeting, presided over by President Muhammadu Buhari at the Presidential Villa in Abuja on Wednesday.

According to him, the Nigerian Civil Aviation Authority (NCAA) had been instructed to swing into action by protecting the interest of Nigerians against the malpractices by the erring airlines, warning that no violator, no matter how highly placed, would be spared if caught in the act.

He said findings at government’s disposal, revealed that some of the airlines were refusing Naira and charging their ticket fares in Dollars in violation of the country’s laws, while some others have blocked local travel agencies from accessing their websites for transactions, choosing to release expensive tickets.

He said, “I want to use this opportunity to say that reports are reaching us that some of the airlines are refusing to sell tickets in Naira. That is a violation of our of local laws, they will not be allowed. The high and the mighty amongst them will be sanctioned if they’re caught doing that.

“NCAA had been directed to swing into action and once we find any airline violating this, we will definitely deal with them. Also, they blocked the travel agents from access. They also made only the expensive tickets available and so on and so forth.

“Our regulators are not sleeping, we have a very vibrant Nigerian Civil Aviation Authority. Once they found any airline guilty, that airline will be dealt with because we need to protect our people. It is according to our agreements, to what we have signed and this is according to international convention.

“So going forward, they should desist from doing things that are outside of the law. They should also desist from writing us and putting things in social media. They should go through diplomatic channels if they want response from federal government,” the Minister warned.

The Minister disclosed that the foreign airlines made over $1.1billion from Nigeria in 2016, when the Muhammadu Buhari administration cleared the $600 million debt it inherited from the previous government, saying if it was retained in the country through Nigerian official airline, it would have created jobs.

Sirika recalled that the airlines remitted over $600 million to their home countries in 2016 while over $265 million has also been released this year out of about $484 million due to them.

He said the government was trying to keep the airlines happy by ensuring that their money does not pile up again, saying that while the country needs their services, the airlines needed the Nigerian market.

The Minister warned them to refrain from using the social media to press home their demands instead of resorting to the diplomatic channels.

Meanwhile, Sirika has described as irresponsible, embarrassing and lies, a report in a national daily, that the Nigeria Air project has already gulped over N14.6 billion of government’s funds despite having only five per cent stake in the proposed national carrier.

According to him, government has only spent N651 million (N352 million and N299 million) for what he called transactional advisory services approved by the Federal Executive Council (FEC), but yet to be disbursed as the consultants were yet to finish their work.

Sirika, while giving update on Nigeria Air, said “So Nigeria Air is on course, we are going to come very soon to Council for approval of the full business case. And the activity is a Public Private Partnership, which is guided by the ICRC regulations, Infrastructure Concession Regulatory Commission.

“We have diligently followed that. And I want to seize the opportunity to say that we have been reading newspaper reports, especially those that I have maximum respect for, like The Guardian, which put out a sensational article on the front page that the federal government of Nigeria has spent N14 billion on national carrier and they did nothing.

“This is absurd. This is unbecoming of a paper of that caliber, to dish out lies on purpose to mislead the public. The entire amount of money spent on national carrier is around the transaction advisory services.

“And we came here with a memo with approval, which we dished out to the press as to the quantum of money to be spent. It was N352million in today’s rate. And another contract of N299 million. That’s it.

“I’m very embarrassed with this statement, it is not factual, it’s not true, it’s meant to mislead people. Federal Government is committed to establishing this career, we’ve gone very far. We’ve found partner. We are negotiating, we will come to council and get the full business report approved and then we will come here declare,” Sikira stated.

On alleged secrecy around the project, the minister said: “There’s also accusation as to secrecy in what we’re doing. Nigeria, I’m very proud to say is the first country and maybe perhaps the only to put up a portal where all public private partnership activities are being uploaded on daily basis. People should not be pen lazy, not to research, not to ask questions in view of the Freedom of Information Act in place.

“Every single query to me on my desk, using Freedom of Information Act, I had always obliged. There’s nothing secret about government work anymore and we’re not keeping anything in secrecy.

“If anybody wants anything to do with a national carrier or any other project on civil aviation, you should go to our own website, to the website of ICRC and to the portal, everything is uploaded there.

“The Law didn’t say we should include Labour. But for maximum transparency, for fairness, we included Labour in this activity, and they participated fully.

“So there’s nothing secret about it. If you want anything come and ask us don’t just be pen lazy and go out there and write what you want. It is not accepted by us and by government. And they will deliver this Nigeria Air for the benefit of people.

“Nigeria is 215 million people at the center of Africa, equal distance on own location with traveling public, rising middle class, propensity to fly this high. Nigeria is certainly the candidate for national carrier, it will happen and it will ease our transport needs.”

On the importance of a national airline to the country’s economy as well as that of the continent, the minister said: “Now, do you understand that the African continent under the AU agenda 2063, is looking for integration and interconnectivity? To go to Niami in Niger Republic, you have to fly to Paris and fly back. That is the case of Africa. We want to integrate Africa, we want to connect Africa. And certainly we cannot do it by road, by rail, or by sea. By sea, most of the countries are landlocked. By rail, the quantum amount of money to spend to interconnect Africa and to maintain it is huge, and prohibitive. It can happen but much later. By road is also worse.

“So the easiest, the fastest, the most efficient way to do it is to develop civil aviation, of which we are doing. And that’s why we’re working on the single African Air Transport market in Africa. And so therefore, Nigeria was there before we started the Yamoussoukro decision and declaration and it rose through Single Africa Air Transport market to boost civil aviation.

“The key thing there is to have a very robust carrier, private, nonprofit, whatever kind of carrier that can match the kinds of carriers that come into Nigeria. 95% of the airlines that do activity in Africa, are not African, we are exporting the money out there.”