Boko Haram: 200,000 Displaced People In North-East Yet To Be Repatriated – Zulum 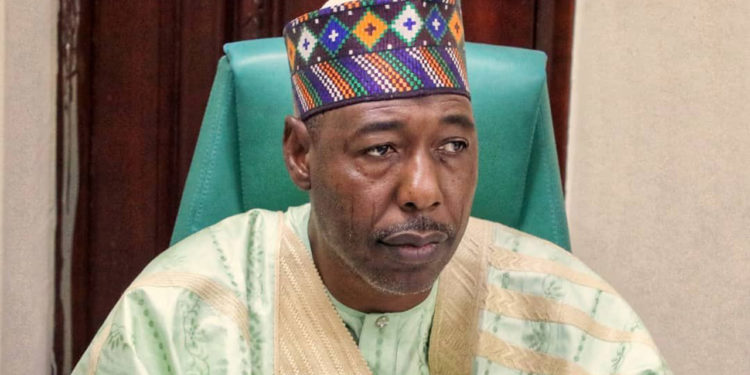 Borno State governor, Babagana Zulum, has said that more than 200,000 people displaced in the North-East as a result of the Boko Haram insurgency were yet to be repatriated to the country.

The over 200,000 have been refugees in some of the neighbouring countries where they fled to save their lives from the hands of the rampaging Boko Haram terrorists in the area.

Speaking when he presented the report of the Technical Working Group (TWG) to the Vice President at the Presidential Villa, Abuja, Zulum said within the last few years, about 50,000 people have repatriated.

The governor also called on Vice President Yemi Osinbajo, who is the chairman of the Presidential Committee on Repatriation, Returns and Resettlement of Displaced Persons in the North-East to do the needful by ensuring that President Muhammadu Buhari gives immediate approval in terms of funding and other logistics required for the re-establishment of the destroyed communities in Borno State.

Speaking with State House correspondents at the end of the meeting, Zulum said, “Mr President has inaugurated a committee few months ago that will look into the repatriation of indigenes of Borno State and other states of the Northeast that are living in the Republic of Chad, Cameroon as well as Niger.

“Sequel to his inauguration, the Vice President inaugurated the technical working group, sub-committee, which is headed by my humble self.

Asked on the number of displaced people that have been repatriated, the Borno State governor said, “Within the last few years, we have repatriated nothing fewer than 50,000 people but we still have more than 200,000.

“So, what we are looking now is to see how we can repatriate indigenes of Borno State that are living in Niger especially those that are from Malumfatori, Abadam Local Government Area that are willing to come back.

“We also have indigenes of Kukawa and Marte Local Government Areas that are living that living in Chad.

“So, I think the Vice President will do the needful to ensure that the president gives immediate approval in terms of funding and other logistics required for the re-establishment of these communities in Borno State.”

Recall that President Buhari had in February, inaugurated the Presidential Committee on the Repatriation, Returns and Resettlement of Displaced Persons in the North-East, designating the Vice President as the chairman.