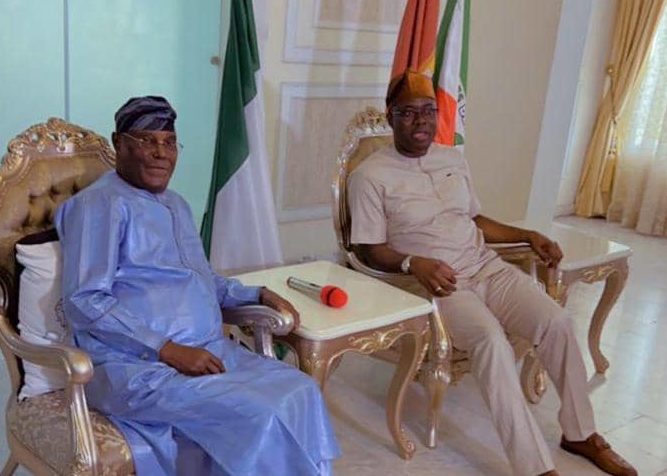 Oyo State governor, Engr. Seyi Makinde, has called for the resignation of the national chairman of the Peoples Democratic Party (PDP), Senator Iyorchia Ay, saying it will give the people of the South a sense of belonging in the party.

Makinde made the call on Wednesday at the South-West PDP stakeholders meeting with the presidential candidate of the party, Atiku Abubakar, in Ibadan, Oyo State capital.

Recall that Makinde, alongside the Rivers State governor, Nyesom Wike, has been tackling the PDP over the national chairman of the party and the presidential candidate who are are from the North.

However, in his welcome address, Makinde described Atiku as “the incoming President of Nigeria in 2023.”

Makinde’s description of Atiku elicited a loud applause from the PDP stakeholders at the venue of the meeting.