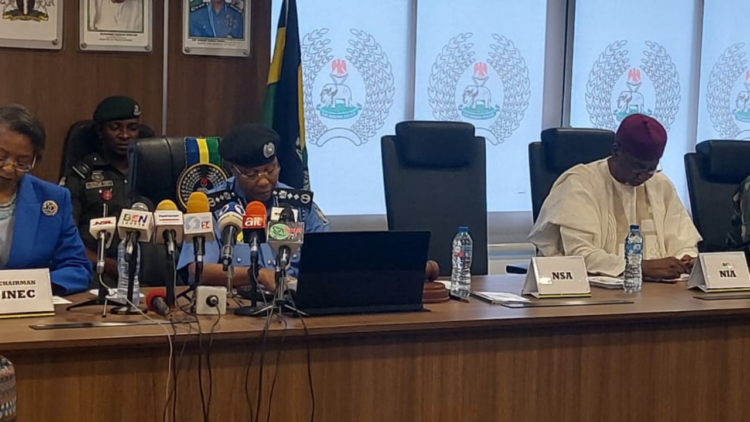 The inspector-general of police, IGP Usman Baba, said police investigation has shown that some governors were sponsoring thugs to disrupt political activities and rallies of oppositions in their States.

The IGP stated this in Abuja on Thursday while addressing all political parties, the Independent National Electoral Commission (INEC) and other electoral stakeholders.

The IGP, who did not mention any governor in his speech, stated that so far, about 52 cases of political violence have been recorded since the commencement of campaigns for the 2023 elections.

While warning that the police will not hesitate to address this emerging problem, he warned politicians to desist from this deadly act as this is capable of causing problems for the up coming elections.

According to the IGP, “this meeting became expedient following a noticeable trend within the national political space which, if not promptly addressed could evolve into a potent threat to not just our national security but the electoral process. Drawing from the experiences of the past, electoral violence both in the process leading to an election as well as the fall out of elections, has always constituted the most dangerous threat to our democracy.

“Political violence manifest in three forms. First is violence that is targeted at the personnel and assets of the Independent National Electoral Commission (INEC) as recently witnessed in Ogun and Osun States. The second form of political violence manifests in form of inter-party intolerance and violence which often become particularly pronounced during campaigns, elections, and post-elections phases. It is on record that not less than 52 cases of such politically-motivated, intra, and inter-party violence has been recorded across 22 states since the official commencement of campaigns for the 2023 general elections on 28th September, 2022.

“The last form of political violence relates to the conduct of some State Governors who manifest traits of political intolerance which often inflame political tension. In this regard, we have been receiving reports of some state governors who encourage political thugs and sub-national security outfits under their control to disrupt seamless and statutorily guaranteed campaign activities of parties or candidates with whom they hold opposing political views. In so doing, they deploy their powers and influences to either prevent the mounting of campaign bill boards or pull them down, while also denying political opponents of spaces to undertake their campaigns or peaceful political congregations in contravention of the provisions of the Electoral Act 2022 (As amended).

“Most of the recorded violent incidents or threats often result from political extremism, misinformation, intolerance, wrong political orientation, hate speeches, incitement, and, most importantly, the desperation of strategic actors within the political field who often place their parochial political ambitions over and above national security interests and our nation’s stable democratic order. Such actors, usually give a wrong direction to their party faithful, arm them, re-orient them and encourage them to resort to the use of threat, violence, and other extra-legal means to frustrate competing political parties and impose their own faulty perception of politicking,” IGP Baba stated.