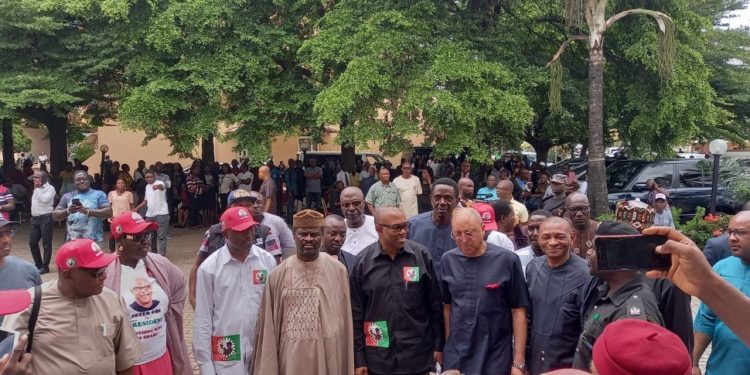 Utomi spoke in Asaba, Delta State capital at the ongoing national convention of the LP on Monday.

The whole hall venue of convention erupted with cheers and standing ovation the moment that Prof. Utomi announced that he stepped down for Obi.

Recall that Obi resigned from the PDP to join Labour Party after the National Consultative Front (NCFront) adopted the party as its mega party for ‘3rd Force’ stakeholders and allies for the 2023 elections.

NCFront is the umbrella body of the ‘3rd Force’ which describes itself as a ‘Movement and Political Alternative’ to the ruling All Progressives Congress (APC) and the PDP.

It hopes to mobilise a coalition of forces and Nigerian youths to unseat the dominance of the two major political parties.