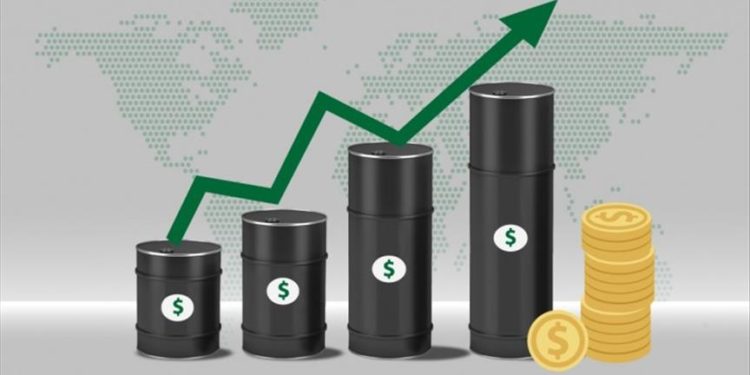 Oil prices rose yesterday after the European Commission (EU) countries agreed to ban 90 per cent of Russian oil imports by end of 2022. Brent crude futures, the global oil benchmark, was up by 1.64 per cent, trading at $123.7 a barrel, while US West Texas Intermediate crude futures climbed 3.21 per cent, at $118.8 a barrel.

Similarly, at the EU meeting in Brussels on Monday, EU’s president, Ursula von der Leyen, said oil delivered by sea would be banned, while an exemption will be made for oil imports by pipeline.
She said the exemption was crucial to “bring landlocked Hungary on board”, a decision that required consensus.
“As we have a clear political statement by Poland and Germany that they will, as the others, wind down Russian oil, until the end of the year,” she had said.
“We have covered overall 90 per cent of Russian oil being winded down during this time frame. Leftover is the roundabout 10 or 11 per cent that is covered by the southern Druzhba. We have agreed for the moment being for an exemption.”

According to Eurostat, Russia is the leading supplier of natural gas, oil, and coal to the EU — purchasing 24.4 percent of its energy needs from Russia in 2020.
The ban could further heighten worries over an already-tight energy market.
Earlier in the month, the EU had announced that it would stop importing Russian oil in the next six months.