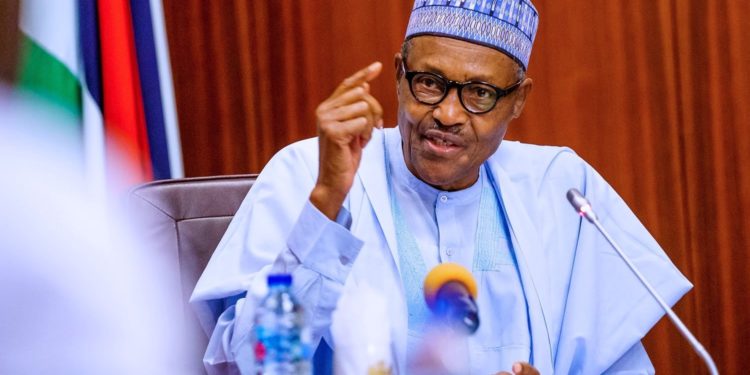 President Muhammadu Buhari has intervened in the case between Seplat Energy Plc and the Nigerian National Petroleum Company Limited (NNPCL) and consented to the acquisition of Exxon Mobil shares in the United States of America by Seplat Energy Offshore Ltd.

The president made this intervention in his capacity as minister of Petroleum Resources, and in consonance with the country’s drive for Foreign Direct Investment in the energy sector.

According to a statement by presidential spokesman, Femi Adesina, Buhari has given ministerial consent to the deal considering the extensive benefits of the transaction to the Nigerian energy sector and the larger economy.

In February 2021, Seplat Energy Plc had agreed to acquire the entire share capital of Mobil Producing Nigeria Unlimited (MPNU) from ExxonMobil for $1.3 billion.

Exxon Mobil had entered into the landmark Sale and Purchase Agreement with Seplat Energy to acquire the entire share capital of MPNU from Exxon Mobil Corporation, Mobil Development Nigeria Inc, and Mobil Exploration Nigeria Inc, both registered in Delaware, USA.

However, the NNPCL had obtained a court injunction restraining ExxonMobil Corporation from selling its assets in Nigeria.

There had been reports that the NNPC intended to exercise a right of pre-emption on ExxonMobil’s planned sale of the MPNU assets in Nigeria.

But Seplat Energy said its deal with ExxonMobil was valid and subsisting.

In May, the federal government declined to consent to the proposed acquisition due to “overriding national interest”.

But yesterday, the president, in commitment to investment drive in light of the Petroleum Industry Act, granted consent to the Share Sales Agreement as requested by the parties to the transaction, and directed that the approval be conveyed to all the parties involved.

According to the president, Exxon Mobil/Seplat are expected to carry out operatorship of all the oil mining licenses in the related shallow water assets towards production optimisation to support Nigeria’s OPEC quota in the short term as well as ensure accelerated development and monetisation of the gas resources in the assets for the Nigerian economy.

President Buhari also directed that all environmental and abandonment liabilities be adequately mitigated by Exxon Mobil and Seplat.

Commenting on the development, Seplat Energy expressed pleasure at the ministerial consent and thanked the president for the gesture.

A leading Nigerian energy company listed on the Nigerian Exchange and the London Stock Exchange, Seplat Energy, in a statement yesterday said the company “is pleased to announce that it had received a letter from the minister of state for petroleum resources notifying Seplat Energy that President Buhari had graciously approved that ministerial consent be granted Seplat Energy Offshore Limited (a Seplat Energy subsidiary) cash acquisition of the entire share capital of Mobil Producing Nigeria Unlimited from its shareholders, Mobil Development Nigeria Inc and Mobil Exploration Nigeria Inc, being entities of Exxon Mobil Corporation registered in Delaware, USA,” it said in a statement signed by its director, External Affairs and Sustainability, Chioma Nwachuku.

The Commission said yesterday the matter was a regulatory one and nothing had changed after it had earlier notified ExxonMobil the transaction had been declined.

“Responding to media enquiries on latest development about the transaction, the Chief Executive of the NUPRC  Gbenga Komolafe clarified that the Commission in line with the provisions of the Petroleum Industry Act 2021 is the sole regulator in dealing with such matters in the Nigerian upstream sector.

“As it were, the issue at stake is purely a regulatory matter and the Commission had earlier communicated the decline of Ministerial assent to ExxonMobil in this regard. As such the Commission further affirms that the status quo remains.”

The company noted that as announced on February 25, 2022, Seplat Energy had agreed to acquire the entire share capital of MPNU for a purchase price of $1.283 billion plus up to $300 million contingent consideration.

It said the transformational transaction will create one of the largest independent energy companies on both the Nigerian and London Stock Exchanges, and bolster Seplat Energy’s ability to drive increased growth, profitability and overall stakeholder prosperity.

The approval was given by Buhari in his capacity as the minister of Petroleum Resources, pursuant to the powers of the minister under Paragraphs 14-16 of the First Schedule of the Petroleum Act 1969. A separate announcement from the State House was released earlier.

In the letter, the president as the minister of petroleum resources directed that the minister of state for petroleum resources (MSPR) shall convey Ministerial Consent to all relevant parties, including but not limited to the Nigerian Upstream Petroleum Regulatory Commission (NUPRC), the Nigerian National Petroleum Company Limited (NNPC), the ExxonMobil companies, the Federal Competition and Consumer Protection Commission (FCCPC), and Seplat Energy/Seplat Energy Offshore Limited.

The president further directed that the MSPR shall ensure that the ExxonMobil/Seplat Energy operating entity (being MPNU) carries out operatorship of all the OMLs in the related shallow water assets to optimise production in support of Nigeria’s OPEC quota in the short term as well as ensure accelerated development and monetisation of the gas resources in the assets for the Nigerian economy.