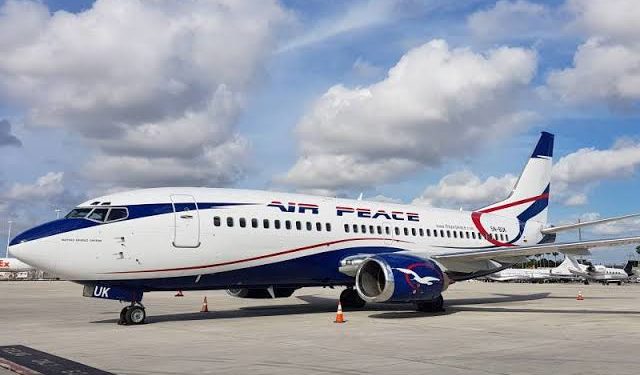 Air Peace, on Monday, said it has stopped flight services to Johannesburg, South Africa effective from August 22, 2022, due to delayed issuance of South African visas to travellers, worsening forex crunch and the increasing cost of aviation fuel as well as its scarcity.

The carrier in a statement on its official Twitter handle, said the development was regretted but it has become inevitable, saying the situation may improve in 60 days.

According to the airline, it has informed the South African High Commission in Lagos of the effects of the difficulty in getting SA visas by Nigerians, which consequence is the abysmally low passenger loads to flights to and fro Johannesburg.

The statement reads, “Passengers whose flights are affected have the option of rescheduling to fly before August 22, 2022, or from October 9, 2022. Passengers can also request a refund via [email protected] and our team will attend to it promptly.”

The carrier apologised for the inconveniences caused, stressing that it would keep the public updated while it hoped the situation improves.

The sudden stoppage of operations by Nigeria’s airlines has further reinforced the precarious situation of carriers in the country and globally as airlines are extremely finding it difficult to operate profitably because of the crisis that has hit the sector, particularly on the skyrocketing prices of Jet A1 fuel.

The foreign exchange (FX) liquidity crisis is eating deeper into the daily operations of the local airlines, causing airlines’ capacity to dwindle and hitting up airfares.

With aviation fuel at its all-time high and foreign exchange unavailable to meet obligations on schedule, local air travellers should brace up for tougher days ahead.

With 10 local airlines suddenly down to eight, the effects are telling on local travels.

On the one hand are the stranded travellers on less viable routes while on the other hand are high-frequency routes that are now affected by high fares.