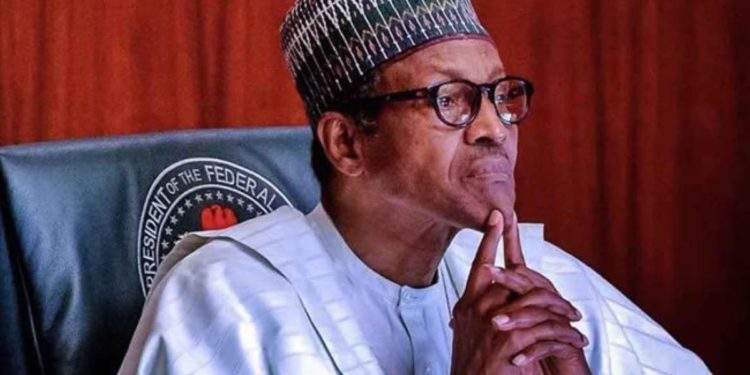 House of Representatives minority leader, Hon Ndudi Elumelu, yesterday said President Muhammadu Buhari is tired, adding that he should be allowed to return to his village.

Elumelu stated this when he and some PDP House of Representatives lawmakers to the Abuja office of the former APC member Daniel Bwala.

Elumelu who spoke for the delegation hailed Bwala for being a man of honour and abandoning the APC after discovering that it was playing the politics of exclusion.

Lamenting the situation of the country, Elumelu said “I have just heard now that in the Senate, they have moved for Mr. President’s impeachment. I have just been given the notice and we, in the house, are going to review it. I will make our position known quickly as soon as possible. Because a man that says he’s tired, why should you still keep him there? He’s tired. He should be asked to go back to his village. That is the best thing.”

He urged Bwala to join PDP to rescue Nigeria, adding that APC is a bad medicine.

The minority leader added “My brother you can see what is going on. Nigeria may God not let it finish. But it appears it is heading towards that if we don’t rescue Nigeria. Just two days ago, when we were trying to come over the fact that our children are at home, ASUU on strike and none of our kids are in school, The minister of Education came out to tell every family to go back to the to the various colleges and collect their children in FCT because of insecurity. Even those carrying arms were not left out. They were ambushed and as a matter of fact, many of them died. APC led government is yet to tell us the truth, many were killed in the ambush.

“Somebody who cannot even secure his own country, what is he going to tell them? Perhaps by the time he leaves there will be insecurity in Liberia. Are you going to talk about Naira? We left Naira at about 161, today 710 Naira to $1. That is an APC led government, it is thinkable. My brother, you have taken the right step,” he said.