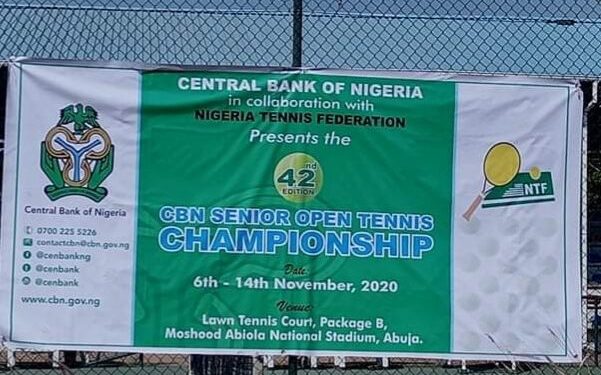 Organisers of the annual Central Bank of Nigeria (CBN) Senior Tennis Open Championships have revealed that most players that participated during the just concluded CBN Open Tennis Championship have received their prize money, except few of the players yet to submit their account details or their details were incomplete.

“Also, those that have account numbers and didn’t get their money, are those who didn’t drop the correct bank account or bank name.
“So when those making the payments uploaded the number they supplied, the money did not go. It bounced back because of the wrong account number, which they will have to re-upload again,” Musa said.

The CBN Open Tennis tournament is the most glamorous tennis championship in Nigeria with just ended edition had a total of 64 male and 32 female players compete at the 10-day championship held inside Moshood Abiola National Stadium in Abuja.