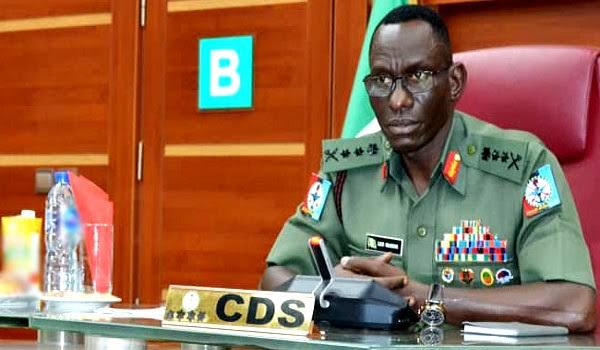 Nigeria’s Chief of Defence Staff, Lt. General Lucky Iraboh, has called on the Nigerian Navy to strengthen its collaboration with other countries navies to fight maritime insecurity in Gulf of Guinea and Africa in general.

He said, “As you are aware, this exercise is one of the events lined up to celebrate the 66th anniversary of the Nigerian Navy. It is important to state that this exercise is unique as it serves dual purpose.

“First, it is to celebrate Nigerian Navy anniversary while the second is to foster collaboration to enhance maritime security. This collaborative effort as espoused by the exercise codenamed aligns with the theme of the conference which is expected to commence in few hours.

“There is no doubt that ensuring efficient maritime could be realized through collective effort rather than individual states acting independently.”

Earlier in his address, Chief of Naval Staff, Vice Admiral Awwal Gambo, said the “Exercise Edi-Diana” presents ample opportunity for the Nigerian Navy to work together with other national and regional navies in the spirit of the Yaounde Accord.

Gambo said, “It is therefore important for Gulf of Guinea nations build and improve capacity to secure maritime routes transiting the Gulf of Guinea. Exercise Edi-Diana presents that ample opportunity for the Nigerian Navy to work together with other national and regional navies in the spirit of the Yaounde Accord.

“As mentioned by the officer conducting the exercise, the Nigerian Navy will deploy eight ships, two helicopters as well as elements of the Special Force service for the exercise.

“With ships from other participating Navies including Cameroon, Ghana, Togo and Italy, I have confidence that the exercise will positively impact on all participating nations.”