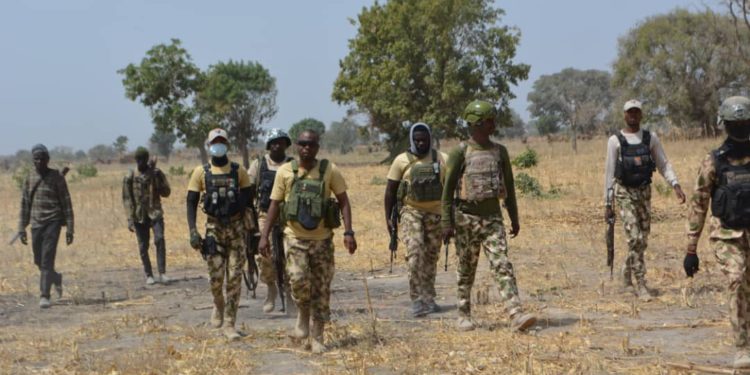 The Civilian Joint Task Force (CJTF) has called on the Nigerian government to include youths in Kaduna, Niger, Sokoto, Zamfara, and Katsina  states in all military operations.

According to the CJTF, the youths know their communities very well and are willing to contribute their quarter in the fighting against terrorists.

Speaking at its national summit in Abuja which brought all stakeholders together, the national chairman of CJTF, Dr Kailani Mohammed, said with the success story they achieved in the North East, youths in the North West should be included in the military operations, adding that the CJTF had a formidable way of recruiting youths that will assist in the military operations.

“The local youths know their communities very well and they are determined to protect their area and family members. Already, the leadership of CJTF in the country has a way of recruiting decent youths who are willing to defend their areas and their families.

“These youths have a history of bravery and, if given the chance, many will volunteer to work in the taskforce in order to bring respite to and rid their community from insurgency and banditry.

“On this note, it behoves this gathering to chart a way forward that would be presented to the Nigerian authorities as well as Governors in the North West for their consideration,” Mohammed said adding that the menace of insecurity is now tough in the North West but that the youths are willing to fight back to defend their areas and their families,” he said.

Deputy national commander of the CJTF, Modu Aji Isa, said they had over 32,000 CJTF in Borno State that are supported by the government.

Isa said even though they lost about 7,000 members in the war against insurgents, the government had been taking care of their widows and the children including giving them free education and health care.

Mighty Works Connected With Rising From The Dead

Mighty Works Connected With Rising From The Dead