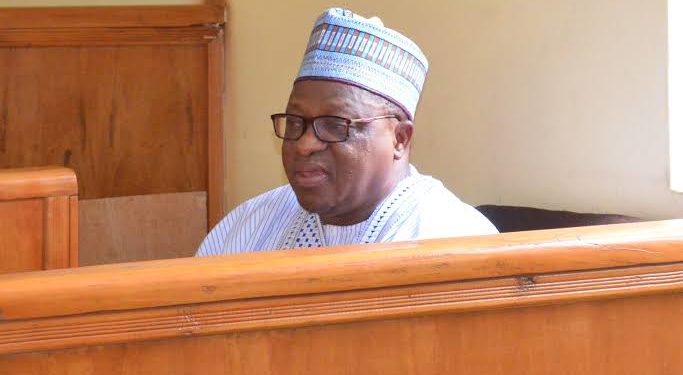 Four good months after they were granted presidential pardon, former governors Joshua Dariye and Rev Jolly Nyame  are still in prison custody and no one is saying anything as to why. No explanation from those who made the pronouncement nor those responsible for executing it. The governments of the two states of Plateau and Taraba where the two hail from have also been loudly silent. What’s happening? Should they die in prison even after the president and his council of state have graciously shown them mercy? Are some people afraid of the two former governors? Though many other inmates are also involved,  the two key inmates of visible political status are Dariye and Nyame. Somebody seems to be afraid of the release of  Dariye perhaps for political reasons and most obviously from within his own party, the APC. Despite the presidential pardon granted them and 160 other inmates on April 14, 2022, they are still in prison. The President, Muhammadu Buhari had announced the pardon following the resolution of the Council of State under the prerogative of mercy. The pardon excited not a few Nigerians.

Many Nigerians of different status appreciated the president for this compassionate magnanimity. However, the nation is disappointed that the decision is yet to be implemented. It is creating an impression that the president is merely playing politics with the announcement ahead of the 2023 general elections. How else can one describe such a situation? Even the state governments of Plateau and Taraba are rumoured  to be working against the release of their former governors for political reasons. Both Dariye and Nyame are seen by their incumbent governors  Simon Bako Lalong and Darius Ishaku as political hard knockers who can sway things away from present arrangements. Whether this is true or not, the indications of being true are manifesting more every day because neither Lalong nor Ishaku has come out to express  dismay over the continued incarceration of the duo. For us on the Plateau, it’s more disturbing because Dariye’s friend Lalong is not saying anything and close people to him are also not talking. The elders are also quiet. His party which Dariye helped to power in 2015 is the worst in this drama. All of them have kept a very loud silence over the matter and gossips across the state are pointing accusing fingers at the state government.

Both Dariye and Nyame were released on health grounds to enable them take care of their health situations, but almost four months after the pronouncement, their release is yet to be effected. The leadership of the Correctional or Custodial Centre recently came out to clear itself of any conspiracy in the matter. It  said the protocols required for them to open the prison gates were yet to be done by the Federal Ministry of Justice  and there was nothing it could do.

The question on the lips of many concerned Nigerians is, what is Plateau State doing to see that Dariye is out of the dungeon and what is Taraba State doing to ensure that Nyame is back home? For how long shall we trade humanity for politics? How long will it take Lalong and Ishaku to meet the president on this? They are always in the villa though. I stand to be corrected: I have not seen any statement from the government or governor appreciating the president for the pardon, neither have I read anywhere of statements condemning Dariye’s continued incarceration. The state government, governor  and the APC have kept sealed lips and only the youths, some women groups, members of the opposition especially the PDP and others are talking. The general public is asking  questions but no one is responding. Haba, Governor Lalong, is everything politics? Politics will come and go. This government will also come and go, but life and brotherhood continue. It was rumoured that after the primary elections, he would be released so as not to influence anything but now that the primaries are over, will he continue to wait until the general elections of February 2023 are done so as not to influence them? Whoever has a hand in keeping Dariye in prison will face the raw wrath of God at the appropriate time. The law of karma is waiting for such person(s). Our elders should please talk; our clergy should talk. Let us all rally round Dariye with love and compassion to demonstrate our unity for one another.

Everywhere presidential pardons are granted, there has never been delays. Even when a state governor or state Chief Judge grants pardon to inmates, they don’t stay up to 7 days or so.

Government should  make a public statement for Plateau people to know what’s happening to Dariye or we’ll all believe that they know what’s happening. Politics will soon end and in about 8 months from now, the government will go. What will be the legacy of the outgoing government regarding the plight of one of its sons still in prison after a pardon?

If health concerns necessitated the presidential pardon, then Dariye should be immediately released to take care of his health. I suggest that Dariye’s legal counsel should approach the courts for interpretation of the presidential pardon and how long it takes for the release to be effected. Dariye’s health is said to be deteriorating in prison and it’s a huge concern for his family and those who love him. He needs urgent medical attention to stay alive and strong. The extreme politicisation of anything is ungodly and wrong. We urge those who can draw the attention of President Buhari to do so quickly so as to get Dariye, Nyame and all other inmates  released and reunited with their families. May God help us to always be our brothers and sisters keepers, ameeeeen.