Combating Desertification And Drought, A Call To Action 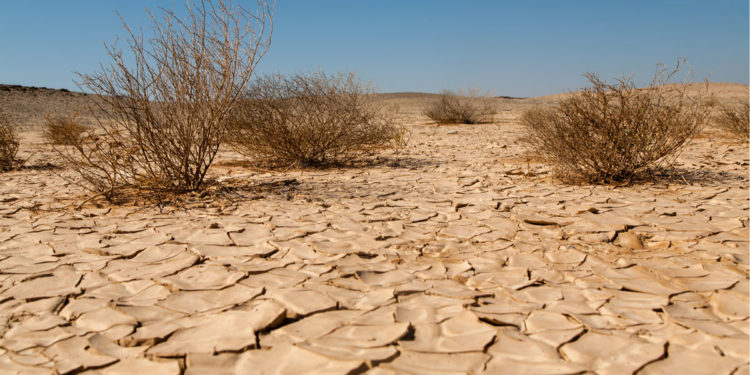 Drought and desertification are some of the ills that come with climate change. They pose a great threat to the development of most countries, especially in the low income earning part of the world.

According to the UN, between 1900 and 2019, droughts affected 2.7 billion people globally, resulting in 11.7 million deaths.

According to forecast estimates by the World Metereological Organisation in 2021, by 2050 droughts may affect over three-quarters of the entire world population as the number and length of droughts have gone up 29 percent since 2000, when compared to the two previous decades.

The organisation states that with over 2.3 billion people already facing water stress, this is a big problem for the world. And in the words of UNICEF, “More and more of us will be living in areas with extreme water shortages, including an estimated one in four children by 2040.”

Desertification is the degradation of land in arid, semi-arid and dry sub-humid areas. It is caused primarily by human activities and climatic variations. Contrary to widely held view, desertification is not at all the expansion of existing deserts; it happens mainly as a result of dryland ecosystems spreading over one-third of the world’s land area vulnerable to overexploitation and inappropriate land use, due to poverty, political instability, deforestation, overgrazing and bad irrigation practices.. These can cause severe damage to  productivity of the land.

Every June 17 is set aside to create public awareness and promote international efforts in fighting these problems. This year, the theme of the World Day To Combat Desertification and Drought is ‘Rising up from drought together’. It stressed the need for urgent action to prevent dire consequences for the world and the need for  the whole world to come together to work out solutions to prevent further degradation of the land.

No time could be better than now given that climate change is worsening.  Not so long ago, the UN in a report by its panel gave a ’Code Red’ alert for humanity where climate change is concerned. Communities are beginning to see the adverse effects and experience it nearly daily in one way or another. The Intergovernmental Panel on Climate Change (IPCC) blames the activities of humans. In a report dated August 9, 2021, the UN climate panel also stated that global warming was dangerously close to getting out of control.

There have been copious warnings that the world would face more climate interruptions for decades and centuries to come if nothing is done about it now. As the years pass by, the weather becomes extreme, either too hot or too cold, depending on where you are in the world. Glaciers are melting at a fast pace, drought is eating through the land.

In Nigeria, there have been extreme heat waves, flooding in some areas of the north central and south, and desertification in the far north. Yobe, Katsina, Sokoto, Jigawa and Borno, states at the northern fringes of the country, are areas worst hit by desertification, making life more difficult for frontline communities who have suffered loss of farmlands and agricultural activities.

This is not the time for Nigerians to ignore the signs or treat them with levity. Looking at over 14,000 scientific studies, the IPCC has given a very detailed report of how climate change is changing the natural world and what may still be ahead.

The report by IPCC goes on to advise that unless immediate, rapid and large-scale action is taken to reduce emissions, the average global temperature is likely to reach or cross the 1.5-degree Celsius (2.7 degrees Fahrenheit) warming threshold within 20 years.

For Nigeria, increase in drought and flood is evidence of climate change. This has already contributed to the escalation of insecurity in Nigeria with pastoralists moving southwards in search of grazing fields and feuding with farming communities, leading to the destruction of life and property on a massive scale.  And with Lake Chad shrinking to a tenth of its normal size, a lot of livelihoods have been lost, contributing to the insecurity in the North of Nigeria, with many frustrated youths turning to kidnapping and other forms of crime.

As a newspaper we urge all the three tiers of government to allocate the required  resources and lead the way in combating drought and desertification in affected communities of the country to protect their means of livelihood.

The government should  also  organise programmes to create awareness, educate and sensitise Nigerians on the harmful effects of climate change and, if need be, fine defaulters.

Furthermore, Nigeria and the rest of the world should quit theorising about climate change and do the needful to prevent future consequences.

We Pleaded With Buhari To Choose His Successor – Tinubu

We Pleaded With Buhari To Choose His Successor – Tinubu