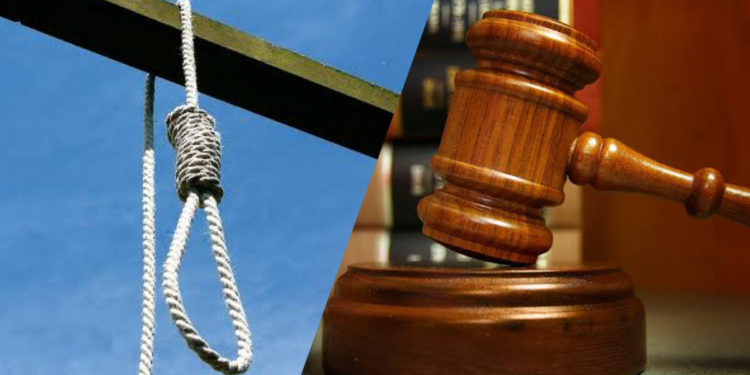 Kano State High Court has sentenced the proprietor of Nobel Kids Academy and North West Preparatory School, Abdulmalik Tanko to death by hanging for kidnapping and killing a five-year-old girl of the school, Hanifa Abubakar.

The trial judge, Usman Na’abba gave the order while delivering a judgment on the suit yesterday.

The trio of Abdulmalik, his accomplices, Hashim Isyaku and Fatima Jibrin, were arraigned before the court by the Kano State government on five count charges bordering on criminal conspiracy, kidnapping, confinement and culpable homicide contrary to section 97, 274, 277, 221 of the penal code.
The court found him guilty the 2nd and 3rd accused Persons, Hashim Isiyaku and Fatima Musa guilty in four counts charges in the case of the murder of Hanifa last year
Delivering the judgement, Na’aba, said the five Count Charges included the Kidnapping of Hanifa Abubakar, attempt to kidnap her, Counseling of Kidnapping her, abatement, and poisoning her to death.
Tanko, Isyaku and Musa were arraigned on February 14 this year on a five-count charge of criminal conspiracy, attempt to kidnap, abetment, kidnapping, killing, and concealing dead body.
The prosecution counsel who doubles as Kano State Attorney-general, Musa Abdullahi Lawan described Hanifa’s murder as a crime against humanity and prayed the court to ensure justice for the killing of the underage girl.
Before the conclusion of the case, Governor Abdullahi Umar Ganduje had promised to sign death sentence if the court finds Tank culpable of the crime.
Most governors in Nigeria have refused to sign the death sentences passed on convicts in their states.

7 Incredible Health Benefits Of Strawberries And Why You Should Eat More... Click Here For Details
Tags: CourtHanging
SendShareTweetShare
Previous Post