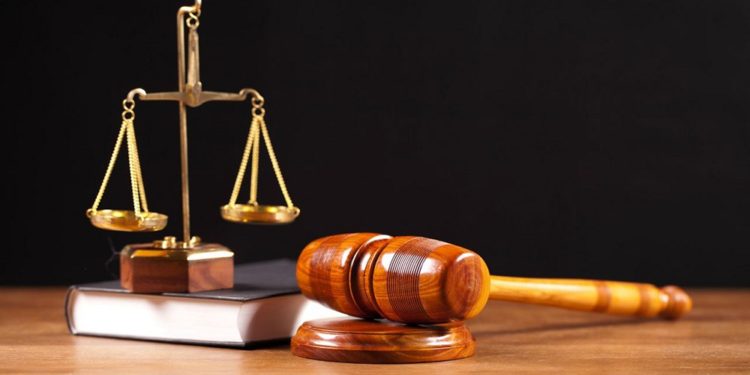 Justice Oluwatoyin Taiwo of the Lagos State Special Offences Court sitting in Ikeja on Tuesday convicted and sentenced a Pastor, Erinmole Adetokunbo, and his accomplice,

Adedoyin Oyekanmi to death by hanging for the murder of a seven-year-old boy in Ikorodu area of the state.

Justice Taiwo handed down the verdict after the condemned convicts pleaded guilty to the charge of murder, after they had initially pleaded not guilty when they were first arraigned in 2017.

The Lagos State government had docked the convicts before the court on October 30, 2017 on a two counts charge which borders on murdering one Kazeem Rafiu.

“That you, on the same date, time and place, in the aforementioned jurisdiction, did kill one Kazeem Rafiu, aged seven, by cutting off his head with a cutlass, thereby committing an offence.
“That you, without lawful justification or excuse, dismembered the remains of one Kazeem Rafiu, aged seven.”
The state had accused Oyekanmi and Adetokunbo of committing the offence on June 7, 2017, at number 6, Oke Oniburokun Street, Odokekere in the Ikorodu area of the state.
The prosecution had told the court that the convicts beheaded their victim and buried his head around the church’s altar, while they dumped the body in an open canal.
Four years after they were remanded in prison, the state re-arraigned the convict before the Special Offences Court on September 21, 2021, and the trial commenced.
In her judgment, Justice Taiwo held that the case is a very pathetic one as the convicts conspired and did kill a young child by cutting off his head for ritual purposes.
The said ”I hereby sentence Adedoyin Oyekanmi and Erinwole Adetokunbo to death for killing Kazeem Rafiu. May God have mercy on your souls” Justice Taiwo held.

APC Must Win In 2023 To Ensure Continuity – Duru

APC Must Win In 2023 To Ensure Continuity - Duru