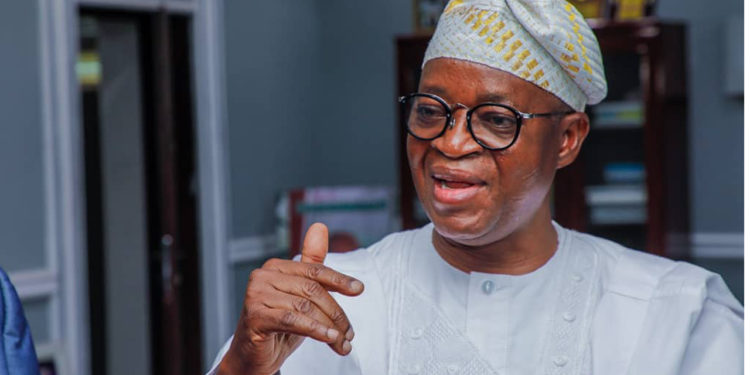 Osun Governor, Adegboyega Oyetola, has directed investigation into the killing of two members of a family in Ede North Local Government area of the state over an unresolved argument.

The deceased, Abideen Olalekan and Kafayat Olalekan, were allegedly murdered at the weekend by a police officer on the orders of a serving lawmaker.

The alleged Police Officer, who is touted as the Chief Security Officer (CSO) to the Governor-elect, Ademola Adeleke, reportedly led some of his colleagues to the operation that eventually led to the alleged killing of the two persons.

Oyetola in a statement issued by his Chief Press Secretary, Ismail Omipidan condoled family members of the deceased, saying that the killing was unfortunate and very painful.
The governor said: “From the information made available to me, I understand that the late Abideen and Kafayat were brutally killed allegedly by men in uniform who appeared at the scene where they were not meant to be at that material time. The deceased should not have died under such unfortunate and avoidable circumstances.
“My thoughts and prayers are with the Olalekan family at this moment of grief. I pray God to grant the departed eternal rest and give the bereaved family the fortitude to bear this huge loss.
“I have since directed the Police authorities to conduct a thorough investigation into the incident. While waiting for the Police to conclude their investigation, I want to assure the family and the public that the matter will not be swept under the carpet.”
The perpetrators of this dastardly act will be made to face the full wrath of the law. We will ensure justice is served.”

While calling on the people of the state, particularly those who are aggrieved by the killing of Abideen and Kafayat to remain calm and not take law into their own hands, Governor Oyetola warned political actors to desist from fomenting the crisis in the state.