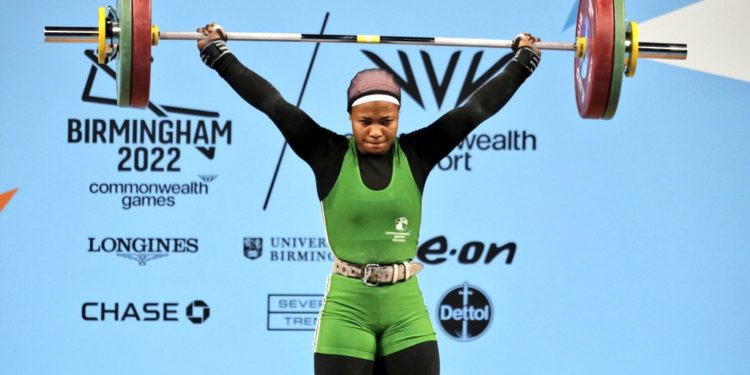 Weightlifter, Yusuf Islamiyat Adebukola, on Monday, increased Team Nigeria’s medals haul at the ongoing 2022 Commonwealth Games in Birmingham by winning a bronze medal in the women’s 64kg category by lifting 93kg in the Snatch and Clean and Jerk: 113kg, 116kg, 119kg with a total result of 212kg.

Nigeria has won two gold and two bronze medals in the ongoing Commonwealth Games so far.

She finished top with a gold medal, Nigeria‘s second in the ongoing Commonwealth games.

Umoafia lifted 130kg in the snatch, and 160kg in the Clean and Jerk with a total of 290kg to win the second medal for Nigeria.

Adijat Adenike Olarinoye had on Saturday recorded a total of 203kg in the women’s 55kg weightlifting event to win Nigeria’s first gold medal in the games.