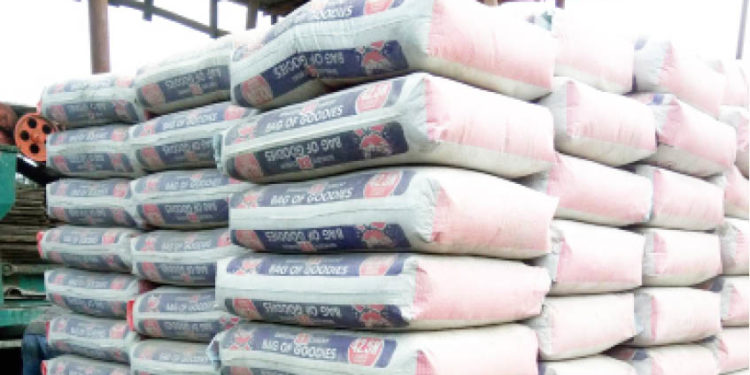 Cement demand is driven by an increase in population, urbanisation, infrastructure and housing growth, which are the keys driving the strong demand for cement in Africa.

Sub-Saharan Africa is home to over 1.1 billion people. The United Nations estimates that by 2050, the region will have a population of more than 2.1 billion. Two-thirds of this growth will be absorbed by urban areas, which will be home to an additional 950 million people. The World Bank describes Africa as the fastest growing and youngest region globally. As the population continues to expand, Africa urgently needs infrastructure, housing and commercial buildings. This creates a tremendous opportunity for Dangote Cement.

Also, Africa’s urban population in 2015 was 567 million people, compared to 27 million in 1950. Increased urbanisation necessitates more social amenities, housing and developmental projects in Africa. The growing urbanisation rate is exacerbating the housing deficit in Africa. The rapid urbanization and natural population growth within urban areas will continue to be an essential demographic phenomenon shaping housing needs.

Dangote Cement Plc said: “as a producer of basic building material in Africa, we see a strong demand stemming from the housing needs in all our markets. Urbanisation will necessitate the demand for more schools, supermarkets, recreational centres, and more corporate organisations.

“Cement remains the most used material for building any type of house, either personal or commercial. As a result, there is no doubt that cement will continue to be a sought-after commodity across all our markets. Dangote Cement is prepared to ensure cement is available and the market is adequately satisfied through expansion and our “export-to-import” strategy. We will continue to focus on quality and delivery of superior products to our markets.”

Recently, the management of Dangote Cement assured block moulders across the country of the availability of the blockmaster brand of its product, saying efforts have been put in place to produce more of the variant to make it readily available.

The assurance came in the wake of complaints by block moulders from South-West under the banner of members of the National Association of Block Moulding of Nigeria (NAMBON) that its members found it difficult to get the brand in the market and thus subjecting its members to untold hardship in getting the right cement for block making.

The Block and Concrete moulders who were on a tour of the Dangote Cement, Ibese plant lamented that they were finding it increasingly difficult to get block master brand of Dangote Cement which was specifically launched for the block makers.

The national president of the association, Prince Adesegun Banjoko who led the South-West branch of the association to the plant said its members were at a loss over why major distributors of the Dangote Cement were reluctant to take block master and urged the management to reverse the trend.
As a solution to the problem, the NAMBON president suggested the creation of satellite deports for distribution of the variant so that the block and concrete moulders would have access to the products easily.

In his response, the Ibese Plant director of Dangote Cement, Mr. Azard Nawabuddin said the product would be made available at any time, assuring that the management would look into the problem of scarcity in the market.

He said the company has thousands of tonnes of the product in its silos in the plant and wondered why the block moulders would be complaining of not getting it in the market.

Nawabuddin urged the block moulders to give the company time to dissect the situation and come to an acceptable solution to the issue saying, “we are in the business to sell cement, we cat be producing a brand for you and will be hiding it from you to purchase. Take it from me you will beging to get block masters as soon as possible. Take it from me.”

In his comment, the national artisan coordinator, Dangote Cement, Mr. Johnson Olaniyi told the blockmakers to exercise patient while the solution was being worked out noting that the NAMBON members are important stakeholders who could not be toyed with.

He said the company would roll out the machinery to ensure that the product is readily available in the market, saying though it does not come cheap, as the blockmaster was specifically produced for them for better quality and more yield.

Olaniyi explained that Dangote Cement has always being in the forefront of quality product and that is the reason there has not been any equivalent of Blockmaster variant in the market because it is expensive to produce.

He assured the block makers that Dangote Cement would look into their complaints and come up with practically solution and ensure it is a win-win situation for all parties.
Meanwhile, Dangote Cement said it is deploying an ‘export to import’ strategy to serve West and Central Africa from Nigerian factories; making the region cement self-sufficient.

In May, 2021, the Company recommenced clinker exports from both its Onne and Apapa terminals, in Nigeria. It achieved seven clinker shipments, with a total volume of 197Kt and.

The company noted “Our vision is for West and Central Africa to become cement and clinker self-sufficient. This will notably contribute to the improvement of regional trade within the ECOWAS region and beyond with AfCFTA.

“Nigeria can serve a potential market of 15 countries, 350 million people with high-quality and competitively priced clinker. The Global Cement Report estimates that West Africa imported over 20.4 million tonnes of cement and clinker in 2021. Dangote Cement welcomes the strong dynamics driven by the AfCFTA which supports our vision.”

Dangote Cement has production capacity of 51.6 million tonnes per year across 10 countries in Sub-Saharan Africa. It has integrated factories in seven countries, a clinker grinding plant in Cameroon, and import and distribution facilities for bulk cement in Ghana and Sierra Leone. Together, these operations make Dangote Cement the largest and leading cement producer in Sub-Saharan Africa.