The managing director, Nigerian Ports Authority (NPA), Mohammed Bello-Koko, over the weekend, visited the Calabar Port where he assured stakeholders of revamping the fortunes of the port, YUSUF BABALOLA, writes. 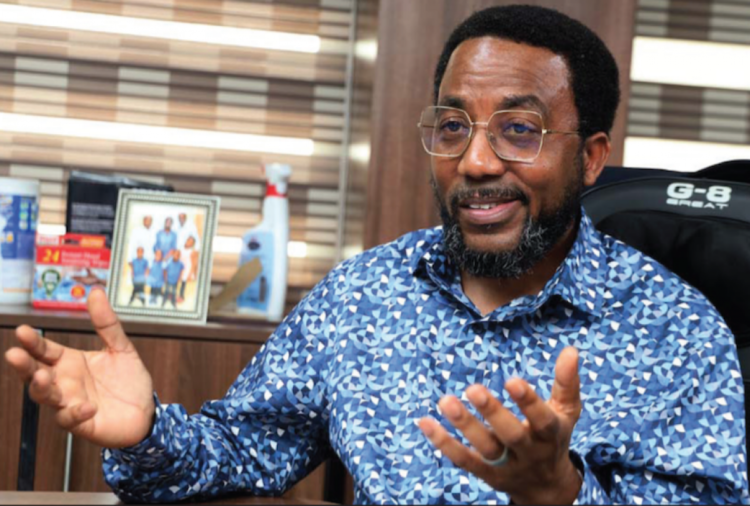 For so many years now, Calabar Port has been suffering from poor vessels call due to the shallow channel leading into the seaport. The poor vessels call has affected the fortunes of the port city as economic activities in the port environment, as well as, the port community has nosedived.

However, the challenge of dredging the water channels appeared to have defied all odds, as they continue to be overshadowed by political intrigues.

The port is estimated to generate about N12 billion yearly into the Federal Government coffers, but it has continued to suffer from shallow water channel, despite a dredging plan estimated at about N50 billion.

However, the situation has been tough for both the terminal operators and the importers. The operations were limited by the prevailing factors, which have made it difficult for the terminal operators to meet the guaranteed minimum tonnage benchmark. The exporters struggle to travel all the way to Lagos ports, thereby incurring more expenses, time consuming and high risk.

The terminal operators in Calabar— Ecomarine Terminals, Intels Nigeria Limited and Shoreline Logistics Nigeria Limited, have been overwhelmed by the lingering challenges.
Besides the shallow water challenges, operators of Intel, has been constrained by the abandoned oil rig named Delta Queen, which has occupied part of the operational area, while a section of the quay apron of Shoreline has collapsed and still awaiting reconstruction.

He said, “The liners are asking for ridiculous concession. For them, it cost more to take their vessel to Calabar than to take it to sister ports because of the challenges of draft.

So, what we do is to attract them with a very low tariff. You will be surprised that the tariff we operate was the tariff approved by NPA since 2007”.
Balogun, however, said the NPA should increase the rebate to shipping line to about 30 per cent so as to attract them.

“Unfortunately, activities there was killed and everything died in Calabar. We have been crying for sometime and we believe that the game changer as he is being called will make the change for us.

“I appeal that this should not be political but critical. Do something, take the other way round to ensure that things work well for us,’’ he said.

The managing director, Nigerian Ports Authority (NPA), Mohammed Bello-Koko, on Saturday, said that the management of the authority will do everything possible to ensure that the Calabar Port becomes more competitive and viable.

He said, “we will do whatever it is to get Calabar Port functional. We will work with you to ensure that Calabar Port become more viable and competitive that’s a promise on behalf of myself and other executive directors.”

According to Bello-Koko, importers patronising other neighboring ports due to the challenges faced by the Calabar Port must be brought back, even as he disclosed that Calabar Port has come back to live as a vessel berthed at Ecomarine terminal where it discharged over 200 trucks and equipment.

“We are ready to give tariff reliefs to ensure that porters bring in more cargoes into Calabar Port because the more cargoes we have in Calabar, Delta and Warri Port, the less congestion in other ports and more economic activities at the Calabar Port.

“We know one of the problems of Calabar Port is dredging which has created draft limitations. The essence is to ensure we dredge the channel because it has become hinderance to economic activities.

“We will priortise the rehabilitation of the ports especially Eastern port. We have told the terminal operators that they should market the terminal, they should go to importers to use the port. So that they won’t go to Cameroon anymore,” he said.

Bello-Koko, however, assured stakeholders of dredging the Calabar Port saying the federal government has initiated out of court settlement with Niger Global Engineering and Technical Company Limited over the $12.5million Calabar Port dredging contract.

The managing director, Mohammed Bello-Koko, said litigation between the agency and the dredging company has stalled the dredging of the Calabar channel.

He, however, disclosed that NPA, Federal Ministries of Transportation and Justice have resumed discussions on how to settle the issue out of court so that dredging can continue and vessels with deeper draught can berth at the port.

He said, “the channel management was awarded many years ago but there is litigation between the Nigerian Ports Authority and the contractor that was awarded the contract and this has inhibited our ability to dredge the channel. But, what we have done in recent time is to start looking for out of court settlement.

“The port authority is working with federal ministry of transportation and ministry of justice, they have resumed discussions in terms of how to settle this out of court. That has to be done inorder for us to either return the same contractor to continue dredging or appoint another company to do the dredging of the channel. That has been what has delayed or stopped the dredging of that channel, we have taken it very serious, it is one of the reasons why we are here today and to also meet with terminal operators and discuss with them, reassure them that government is taking all necessary action to ensure that the issue is taken care of as soon as possible,” he said.