by Samuel Abulude
in News, Entertainment
0 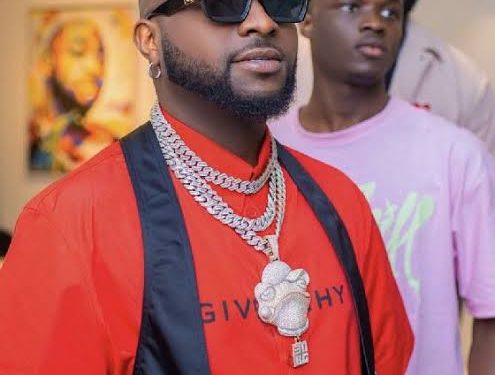 Popularly singer, philanthropist and leader of the 30B gang, David Adeleke, a.k.a. Davido, was seen doling out Dollar notes to his fans and airport workers at the Murtala Muhammed International Airport (MMIA) Ikeja, Lagos.

Davido in white-coloured T-shirt, who appeared returning from a music tour in Europe, in his characteristic benevolent manner, was seen sharing money to travellers and workers at the airport.

The father of three known for his generosity has always shown his milk of kindness and generosity.

Early this year in February, the wealthy musician donated N250m to 292 orphanages across the country.