by Felix Igbekoyi
in News, Politics
0 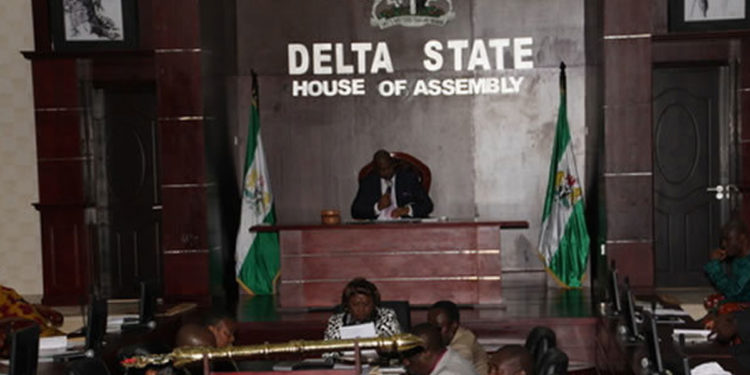 National deputy chairman of the Conference of Speakers of State Legislatures of Nigeria, Hon Sheriff Oborevwori, said the Delta Assembly has cultivated the habit of scrutinising requests from the executive arm of government.

He stated this yesterday while speaking on the occasion to mark the third anniversary of the seventh assembly, held in Asaba
He promised that the Assembly will continue to ensure passage of realistic budgets, robust engagement with ministries, departments and agencies of government.

While assuring that the House will not stop to perform its constitutional role of law making, representation and oversight of other arms of government, he said areas of undertaking constituencies outreach, oversight of government’s projects and programmes are also important during their supervision.
The speaker stated that the assembly encouraged passage of people-oriented bills into law for the development of the state and disclosed that during the period under review, the House received a total of 25 bills, 15 executive bills and 10 private members’ bills.

He added that out of this number, 21 bills were passed; 15 bills plus one bill received by the house in the first session, but passed in the third session were assented to by the state Governor, Senator Dr. Ifeanyi Okowa.

“Six of the Bills are awaiting assent while three are still undergoing consideration by the House. The House also approved 85 motions and resolutions in the period under review. We have demonstrated strong will in scrutinising requests from the executive arm of government.”

He assured that in the third session of the seventh assembly, the lawmakers reaffirmed their commitment in contributing efficiently and effectively to legislative actions and programmes.

He also said that in the same period under review, the House hosted some Civil Society Organisations (CSOs) and promised to partner with them for a robust lawmaking process and other areas that will promote good governance through the apparatus of the legislature.