by Orjime Moses
in Politics
0 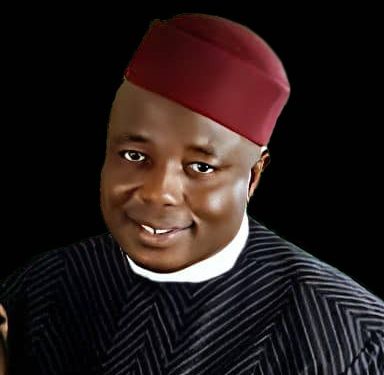 A leading politician and aspirant seeking to represent Delta North senatorial district under the platform New Nigerian Peoples Party (NNPP), Mr Anthony Onochie Ochei has petitioned the NNPP National Assembly Electoral Appeal Panel for Delta State to declare him the actual winner of the party’s primary election held on May 28, 2022 at NNPP Secretariat in Asaba, Delta.

A petition entitled, “Compliant of Procedural Irregularities and Non-Compliance with our Party Constitution/Guidelines as Well as Reckless Display of Anti-party Activities by Dr. (Mrs.) Mariam Amodu Ali in the Recently Conducted Election NNPP Delta North Senatorial District Primary Election – A Demand for Justice to Redress the Sham and Charade” dated May 30, 2022 by Upper Chambers Law Firm, Abuja signed by Otojah Jarius Ede Esq., addressed to the Chairman, Election Panel, NNPP Delta State and copied to national leader, national chairman, and Delta State chairman respectively stated the grounds for the petition.

The petition reads inter alia: “We are solicitors to Messrs: Ochei Anthony Onochie, a Chartered Accountant, Chartered Tax Practitioners, Professional Forensic Accountant and politician, herein referred to as our client.”
“Our client is a bona fide, member of the New Nigeria Peoples Part (NNPP) and one of the candidates aspiring for the office of the Senate of Federal Republic of Nigeria under the prayed NNPP, to represent the people of Delta North Senatorial District in Delta state.

“Our client contested in the just concluded NNPP Primary Election that held on Saturday, 28th May 2022 at the Party Secretariat in Asaba, Delta state where he contested with Dr. (Mrs.) Mariam Amodu Ali.”

The petition to the NNPP panel argued that the primary election was flawed on the following counts: Procedural irregularities that included, inflation of number of votes of 150 accredited “delegates” announced before voting turned to 164 votes counted and announced after voting. Secondly, non-accreditation of “delegates” without proper validation of with party membership.

Secondly, Anti-party activities as contained in Article 7 of NNPP Constitution that no member shall belong to more than one political party (1)“Membership of the shall be open to every Nigerian irrespective of place of origin or ethnic background….” (3) “The person shall not be a member of any other political party
association….”

The petitioner adduced, “As at the time of this exercise and till now, our client’s opponent, Dr. Mrs. Mariam Amodu Ali is still a card carrying member of the APC in Ward 6, Oshimili South Local Government Area of Delta state.”

“Mrs. Ali did not resign nor denounce her membership of the APC orally or formally, the very reason you will notice that she never made any public appearance or comments to identify with the NNPP either in print, electronic or social media as she did loudly and when she joined the APC in November 2017.”, the petition
noted.

2023: EU, INEC, Others Use Musical Concert To Sensitise Voters