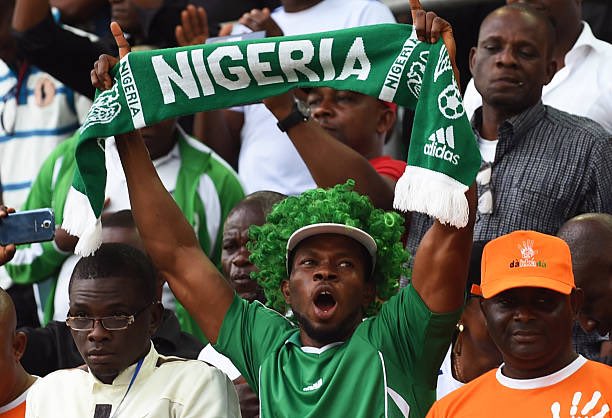 Democracy’s varieties are all over the place with each one of them, arguably, proving its potency thereby making the operators in various countries more faithful and hopeful about the attainment of basic individual and collective objectives. It is all part of the manifestation of the world’s acceptance of democracy as an ideal system that every country proudly showcases its own model just in a bid to convince others that its on the right track.

The most recent political developments in, for example, People’s Republic of China and Britain which have resulted in the election of the former’s President, Mr Xi Jinping, as the Secretary General of the ruling Communist Party of China (CPC) and the resignation of the latter’s Prime Minister, Liz Truss, from her position are an evidence of both the practicability and profitability of the system in operation in each of the two countries. They are two happenings which, though not inter-connected with each other, that have obviously shown the system’s inherent capacity for the preservation of well-cherished structures and absorption of unexpected shocks.

The lessons that must have, so far, been derived from the developments in the two countries are such that have clearly pointed to the indispensability of credible political leadership and smooth governance process to the development and stability of every polity. A proper understanding and full application of the principles of any chosen ideology or preferred model(s) are always the secrets behind the realization of dreams.

As advanced entities that have been able to sustain all those governance structures that are consistently in the service of their respective populations, China and Britain are definitely subjects of study for a lot of other nations in the world. The structures and styles of the two countries, though ideologically conflicting with China being an adherent of socialism while Britain practises capitalism, are widely considered as strong enough to guarantee and facilitate the delivery of dividends of good governance and therefore worthy of borrowing and adaptation by some other countries.

While the election of President Jinping as the Secretary General of the ruling CPC has readily amounted to the re-enforcement of the belief that China enjoys reasonable political stability, the resignation of Liz Truss as the Prime Minister of Britain only 45 days after she assumed the position as a result of what she described as her failure to “deliver the mandate on which I was elected by the Conservative Party” was an indication, on her part, of a tremendous respect for the wishes and needs of the British citizens. Each of the two measures has already helped to strengthen the political system and the governance process in China and Britain, respectively.

The emergence of President Jinping as CPC’s Secretary General at a Congress on Sunday 22nd October 2022 and the expression of a renewed resolve to take the country to greater heights have come across as fundamental steps towards the actualization of key party and national goals. Nothing, perhaps, can be more inspiring and encouraging than the CPC’s determination to, as stated in the report on its last Congress, assiduously work towards the attainment of the “second centenary goal of building China into a great modern socialist country in all respects over the next five years and beyond and to advance the rejuvenation of the Chinese path to modernization.”

Five key proposed steps which have been identified as the major takeaways from the proceedings at the congress and which are critical to the execution of the rejuvenation project include more vigorous Implementation of economic policies and fair sharing of proceeds or benefits derived therefrom, provision of security with strong emphasis on food and energy security, further adaptation of the Marxism ideology to the “Chinese context and the needs of the times”, development of the necessary consciousness and zeal in order to tackle the “high winds, choppy waters and dangerous storms” that will naturally and continuously seek to interfere with efforts towards the realization of genuine development and finally the real transformation of China into a far more “prosperous, strong, democratic, culturally advanced, harmonious and beautiful country” by the year 2050. This means that the Chinese people, based on both their experience with the party and the clear resolve it has now made to consolidate on its achievements and even move forward, are confident that there are better times ahead.

The Britain’s version of the development is such that has now much more clearly brought out the fact that theirs is a system that has no room for indolence or violation of codes of behavior by leaders. The resignation of Truss is a clear consequence of a lot of diligence on the part of the citizens and show of sensitivity to the feelings of the people on the part of the former Prime Minister.

In other words, the responses of the citizens and Prime Minister Truss to the economic problems that her approach to governance had caused in Britain have helped to save the country from some foreseen severer crises. The promptness with which measures were taken, even with some of the unintended negative consequences on the country’s economy, was quite exemplary.

Although he has already been dismissed as a relative beginner and slow learner, the new Prime Minister Rishi Sunak, who has vowed to launch Britain into a “new age of optimism” would have found the task much more difficult had the earlier steps not been taken. What remains now is the proper application of the right measures just to ensure that the slight maladjustments caused by mistakes of the past are adequately addressed.

It is quite instructive that all these developments have unfolded at a time when Nigeria which is both China’s friend and Britain’s former colony is gearing up for general elections scheduled for the beginning of next year. All the issues about formidability and credibility of the political culture as well as responsiveness of leadership which the developments in the two countries have thrown up should be matters of tremendous interest to the leaders and other political players in Nigeria.

They are, in fact, developments that should compel the Nigerian political parties, especially the mega ones amongst them, to begin to re-examine their conceptual, structural and operational frameworks with a view to satisfactorily establishing certain basic facts about happenings within them and correctly evaluating their capacity and readiness for the delivery of promises. The obvious avoidable rancour that has continued to characterize the happenings in most of the parties as well as the annoying arrogance of elected leaders even in the face of their failure to meet people’s basic expectations are a testimony to the fact that both the political system and the governance process are deficient.

There can not be a better time for the Nigerian political parties and all the other stakeholders in the democratisation project to bring home all those takeaways from other democracies than now. This is the only way to strengthen the foundations of the political parties and fill the existing gaps in the governance of the country.