In this report, TARKAA DAVID evaluates the Nigerian Air Force’s 58 years of protecting the air space despite equipment constraint. 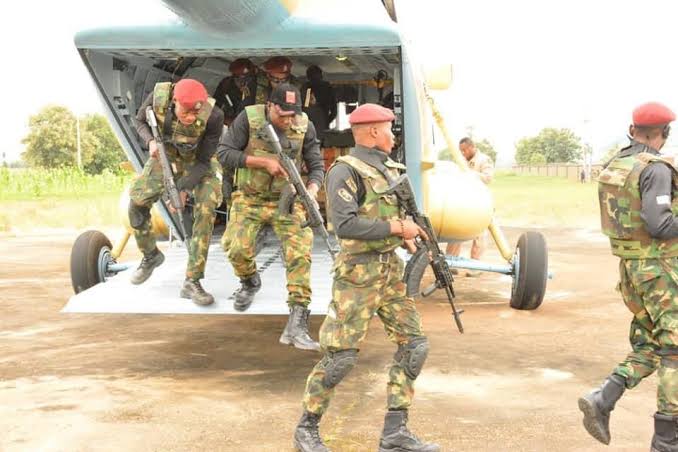 The Nigerian Air Force (NAF) has since its establishment been a critical component of military operations against adversaries.

Though equipment constraint has been of great challenge, the President and Commander-in-Chief of the Armed Forces, Muhammadu Buhari has reassured the NAF of the commitment and willingness of his administration to do more for the military in providing requisite support and encouragement to overcome various security challenges in the country.

President Buhari stated this at the closing ceremony of the Nigerian Air Force (NAF) Day 2022 Celebration/Reunion which took place at the NAF Base, Kano.

The President who was the Special Guest of Honour at the colourful ceremonial parade and fly past noted that the NAF in the last 58 years has transformed into a formidable and resilient air force that is well positioned to effectively tackle both contemporary and future security challenges. 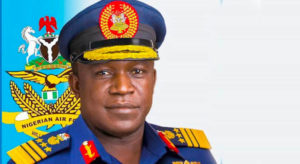 The President disclosed that the Armed Forces of Nigeria (AFN) have witnessed tremendous improvement in the past 7 years, especially in the provision of modern equipment and personnel motivation through enhanced welfare.

He emphasized that sustaining a Service like the NAF that derives its potency from technological assets, is a capital-intensive responsibility.

He said, “this administration acquired new air platforms for the NAF such as the JF-17 Thunder Multirole Fighter Aircraft, the A-29 Super Tucano aircraft, the Mi-35m, and Agusta 109E helicopter gunships as well as unmanned aerial systems among others”.

The President noted that the huge investments in the capacity development of the NAF have helped to turn the tide against terrorists and other violent non-state actors in the nation.

He further disclosed that approval has been given to procure more platforms such as the Beechcraft, some modern helicopter gunships, and UAVs for the NAF to enable it to man the Nigerian airspace more effectively.

While commending the high level of discipline, and loyalty of personnel to the Constitution of the Federal Republic of Nigeria, he urged personnel to remain committed, steadfast and resolute as they forge ahead to achieving a secured, peaceful and more prosperous Nigeria.

Earlier in his welcome address, Chief of the Air Staff (CAS), Air Marshal Oladayo Amao noted that since assuming office, President Muhammadu Buhari has fully supported the AFN in general and indeed the NAF, in particular, to enable them to achieve their set objectives.

The CAS stated that the Federal Government has committed substantial national resources to enhance the overall capabilities of the Armed Forces in a bid to address the security challenges in various parts of the country.

He said such has not only succeeded in ameliorating equipment constraints experienced in previous years and the attendant implications of such constraints, but it has also spurred NAF personnel to be more committed to the decimation of subversive elements, who seek to undermine the peace, progress, unity, and faith of Nigeria.

Speaking further, Air Marshal Amao stated that the theme of the seminar was timely as the seminar will enable the NAF to appraise its current efforts while further repositioning itself to continuously project air power to definitively meet its constitutional mandate.

He went on to state that the seminar stood out among other activities lined up for the celebrations as the deliberations were expected to produce tangible strategies going forward in NAF operations.

Accordingly, he noted, one of the papers presented will address Air to Ground Integration and Operational Efficiency from a holistic perspective while the other will proffer ways of Optimizing NAF’s Unmanned Aerial Vehicle operations for efficiency in joint force employment. He then expressed confidence that the discourse will spur better ideas for the NAF to be more effective in the discharge of its responsibilities.

The NAF under the leadership of Air Marshal Oladayo Amao recently winged additional six UAV operators as the service is poised to maintain combat readiness to address security challenges.

The NAF has consciously intensified the training of its personnel across all specialties despite budgetary constraints.

“So as we speak 99 officers and 24 airmen/airwomen are undergoing various training that cut across specialties in various countries including USA UK, South Africa, India, France, Egypt, and Pakistan amongst others in addition 2656 NAF personnel across all specialties are being trained, In particular, 27 UAV operators are undergoing type rating on the CH-3 and CH-4 UAVs.

“In the same vein, 22 trainees are undergoing UAV operators training locally and about 15 are expected to commence basic training on the UAVs by the end of the next quarter.

He noted that tactical and mission commanders’ training has been infused in the training of NAF UAS operators to Improve their operational skills, systems management skills, and decision making skills in the employment of the systems in line with the NAF concept of operation of UAS.

He said such training is intended to situate the NAF in a dominant position to deliver air power in light of its Involvement in several theatres of operation across the country.

The Minister of Defence, Major General Bashir Magashi (Rtd) while declaring the seminar open as part of activities for the 58th anniversary said it provided an opportunity for seasoned experts to present papers on different topics where far-reaching resolutions were adopted.

stated that increased levels of success by the AFN can be attributed to the improved levels of synergy and cooperation among the Services.

The minister noted that the theme for the Seminar, ‘Enhancing NAF’s Operational Efficiency in Joint Operations for Effective Response to Contemporary National Security Imperatives’ was apt, as it would address operational challenges being experienced in the field, particularly in the areas of air to ground integration and Unmanned Aircraft Systems optimization in the theatres. “That is why I believe that this Seminar could not have come at a better time as it will facilitate better use of airpower in the joint employment of our Armed Forces”, he noted.

The minister also stated that despite its limitations, the NAF since its inception has commendably carried out the core functions of protecting Nigeria’s air space and providing support to surface forces.

In doing so, he noted, the NAF has always displayed the highest level of professionalism and shown great resourcefulness in the areas of manpower management, research and development, and air operations execution.

He said, “Today, the fleet of the Nigerian Air Force has been reinforced with several platforms which have improved its intelligence, surveillance and reconnaissance as well as attack capabilities and extended the reach of the Armed Forces.”

He, therefore, called on the NAF and the AFN to renew their commitment and determination to play their part in addressing the security challenges threatening the peace and progress of the Nation.

The CAS, while welcoming guests at the Gala/Reunion Night, noted that the NAF has credibly been fulfilling its primary mandate of defending the Nation and protecting the Nation’s vital economic interests through the employment and projection of air power both within and outside the country. According to him, “This has accorded Nigeria very high and much deserved prestige in the African Continent and the international community, which is invaluable”. Over the years, he said, the NAF has experienced tangible growth in force structure, manpower, doctrinal development, modern platforms acquisition and infrastructural development.

He acknowledged past Chiefs of the Air Staff and other retired senior officers as well as airmen and airwomen for their invaluable advice, encouragement and advocacy for the Service. “You have always stood by us and your collective support has gone a long way in propelling the NAF into a more willing, able and ready Service. Consequently, through your assistance, we have been able to develop 21 doctrines on the key aspects of the Service’s functions to guide how we fight and better administer the Service in tandem with modern warfare and international best practices. These are essential for the balanced capacity development of our personnel and realization of future projections”, he said. Air Marshal Amao further reassured Nigerians that the NAF would remain absolutely loyal in upholding the Constitution of the Federal Republic of Nigeria and also dedicated to its obligations of defending the territorial integrity of a united Nigeria.

The 3-day celebration which started on 21st – 23rd May 2022 with the theme “Enhancing NAF Efficiency in Joint Operations for Effective Response to Contemporary National Security Imperatives” was preceded by a press briefing on 12 May 2022 at the Headquarters NAF, Abuja by the Chairman Organizing Committee, Air Commodore Olasunkanmi Abidoye who outlined series of activities mapped out to celebrate the 58th anniversary, Other activities carried out during the anniversary were a walk by the Nigerian Air Force Officers’ Wives Association (NAFOWA), Juma’at Prayers and Interdenominational Church Service, Research and Development (R&D) Competition, Golf Kitty and photo gallery.