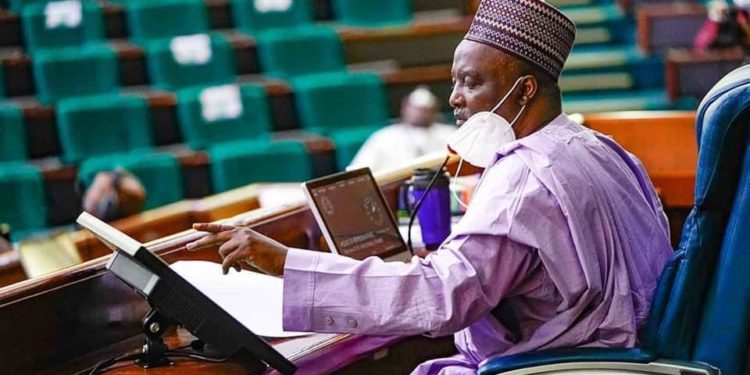 Details emerged yesterday on how the Department of State Services (DSS) issued 44 security reports before the July 5 attack on Kuje Custodian Centre in Abuja.

The deputy speaker of the House of Representatives, Ahmed Idris Wase stated that  DSS released about 44 security reports before the terrorist attack.

Wase, while ruling on a motion on the need to step down a motion sponsored by Abubakar Makki   Yalleman asking the government to stop the proposed ban on Okada across the country, said the 44 reports by the secret service dwelt on the use of Okada for operation by the terrorists.

Wase said: “We should cooperate with the government. We appreciate the motion our brother has brought and we appeal to the government that as they implement this policy, they should look at those areas that are not vulnerable and do not have the potency of having any such Insurgency in their community.

“In line with our principle to help to curb the incessant insecurity in our country, we have to cooperate with the government.

“You can’t imagine what’s going on today in Abuja. I went through DSS report. 44 reports were given before the attack of Kuje prison. And it all has to do with this Okada, there’s no community where attacks will happen that you don’t have intelligence. So, we have to cooperate with government”.

The House however stepped down the motion, urging the Federal Government to halt the proposed nationwide ban on commercial motorcycles and ensure adequate palliative measures are put in place first.

Part of the prayers of the motion was for the government to restrict the proposed ban to the local government areas where the mining activities or banditry/terrorist activities taking place.

He recalled that Section 14(2)(b) of the Nigerian constitution provides that the security and welfare of the people shall be the primary purpose of government, adding that the proposed ban on motorcycles is aimed at cutting the supply of logistics to the terrorists in the country.

He expressed concerns that the activities of bandits and kidnappings across the country have subjected members of victims’ families to serious psychological trauma even as they are forced to part with their hard-earned money.

According to him, while banning commercial motorcycle operations across the country as a means of curtailing security challenges, the welfare and wellbeing of the citizenry should be considered foremost, as the federal government has not offered palliative measures to cushion the expected effects of the ban.

Yalleman said the proposed ban will render millions of Nigerians jobless, adding that putting a sizeable number of the population out of work will only aggravate the security challenges in the country.

7 Incredible Health Benefits Of Strawberries And Why You Should Eat More... Click Here For Details
Tags: DSSKuje
SendShareTweetShare
Previous Post