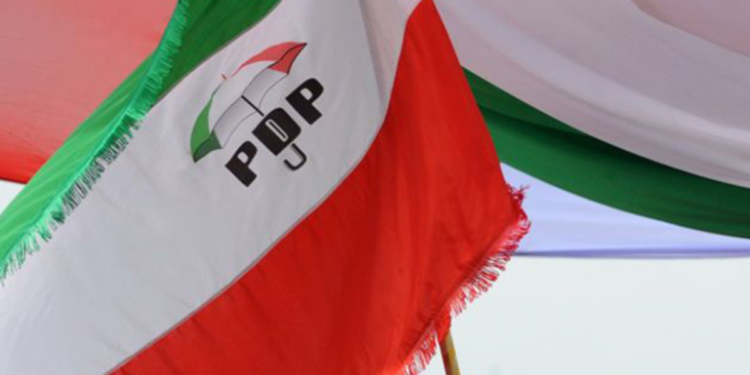 The State Working Committee of the Peoples Democratic Party (PDP) in Ebonyi State yesterday suspended its state chairman, Mr Tochukwu Okorie over alleged diversion of the party’s funds and other misconducts.

Briefing journalists after the State Working Committee meeting held at the party secretariat along Enugu-Abakaliki Express Road, the state deputy chairman, Mr Ifeanyi Nworie said that the suspension of the state chairman was in the best interest of the party.

He expressed regret that the state chairman has not called for a meeting of the party for four months in line with the party’s constitution.

He also accused the state chairman of falsifying the signature of the state treasurer, who is a signatory to the account using one of his cronies to pull the sum of N55 million from the party’s account. Nworie pointed out that the amount was the 15 percent remittance to the National Executive Committee (NEC) of the party and other money in the party account in connivance with the bank manager.

“Most of the administrative fees that should go to the party were diverted to his personal account. Other issues raised at the meeting was the abandonment of the party secretariat to hold an SEC meeting in a private hotel with only two SEC members.

“Our chairman also joined an aspirant to file a suit against the party at the Federal High Court Abuja without recourse to other members of SEC,” he said.

He added that after an extensive deliberation, the members of the State Working Committee resolved and passed a vote of no confidence on the chairman and thereafter suspended him for one month in which he is expected to appear before a panel.

Similarly, the factional chairman of the party in the state, Barrister Onu Silas Onu yesterday called on the police and other security agencies to arrest and prosecute him for alleged impersonation.

Onu said that Okorie has become aware of the development to prosecute him and in a desperate bid to cover up some of his alleged criminal activities called for a SEC meeting to create a distraction via controversy.

He said, “This effort is sadly being propelled and supported by persons we once thought were leaders of our great party, they have been exposed as selfish, greedy and irresponsible persons.”

When contacted, Okorie said he was in a meeting and would respond to all the allegations at the appropriate time and called on members not to panic but to remain calm.