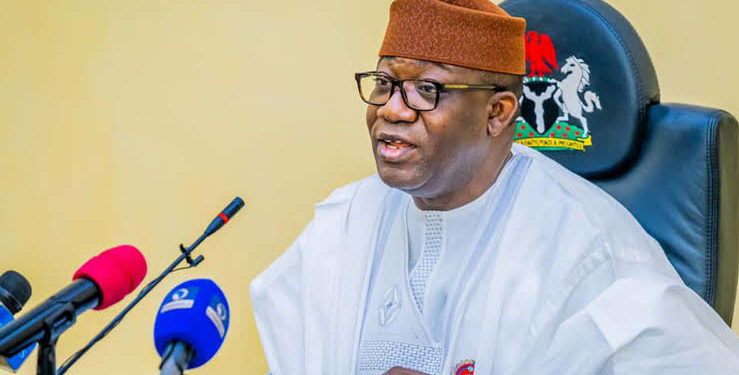 The state of the nation’s economy and security challenges will dominate discussions when governors of the 36 states of the federation meet today at the presidential villa in Abuja.

Worried by the economic woes that the citizenry has been complaining of and the attendant hardship, the governors have resolved that it is high time they told each other bare truths by confronting each other and brainstorming on the situation in the country.

According to a statement by spokesman of the Nigeria Governors Forum (NGF), Abdulraque Bello Barkindo, this formed the basis for the decision by the governors to meet physically instead of meeting virtually the way they have been doing since the outbreak of the COVID-19 pandemic.

He said two things will feature prominently in the conversation: the economy and security.

Barkindo stated: “This will be the first time in the year contrary to media reports that Governors had collectively advised the president on weeding out fifty-year-olds from the federal civil service and other spurious suggestions meant to impose further hardship on the people that governors will collectively meet to consider a total overhaul of the nation’s economy.

“The meeting which, according to the invitation issued by the Director General of the Nigeria Governors’ Forum, Mr Asishana Bayo Okauru, will commence at 2 pm, begins with the launch of the Primary Health Care Leadership Challenge Fund, followed by the launch of the World Bank SFTAS charter before the real conversation on the state of the economy begins.

“There will also be such regular updates as the CARES program and the Chairman’s remarks,” he added.

Meanwhile, Vice President Yemi Osinbajo has said state governments and their agencies have a significant role to play in ensuring an enabling environment for businesses to thrive.

He spoke at a virtual meeting of the Presidential Enabling Business Environment Council (PEBEC) where a presentation of the State Action on Business Enabling Reforms (SABER) Programme coordinated by the secretariat and the World Bank was discussed.

The SABER Programme is a 3-year (Jan 2023 – Dec 2025) performance-based intervention jointly designed by the World Bank and the PEBEC Secretariat with support from the Federal Ministry of Finance, Budget and National Planning and the Nigeria Governors’ Forum (NGF) Secretariat.

The purpose is to incentivise and strengthen the implementation of business enabling reforms in Nigeria specifically across the participating States of the Federation and the FCT.

Osinbajo said, “For all who are charged with responsibilities at the state level, you have your work cut out for you. If we are going to have the kind of business environment that our country deserves and that can make a difference for our economy, it is the hard work at the sub-national level that would really move the needle.

“The States’ process is a very important one and I hope that we will be able to spend individually, especially in the States, a fair amount of time trying to work out how this will work in actual practice in our various States.”

Osinbajo then noted that at the federal level, it had been a major challenge “just trying to coordinate agencies and parastatals.”

In her own remarks, Dr Jumoke Oduwole, the special adviser on Ease of Doing Business and Secretary of PEBEC, said they have been collaborating for over two years in conceptualising the SABER Programme, adding that “it is the first programme of this size that the World Bank is embarking on at this scale globally.”

“The minister of Finance, Budget and National Planning, Dr Zainab Shamsuna Ahmed, had made a formal request to the World Bank for the preparation of the State Action on Business Enabling Reforms (SABER) Program with Government Partners.

“This was after a request came from PEBEC through its vice chairman, the minister of Industry, Trade and Investment, Otunba Niyi Adebayo, asking for the World Bank’s support for deepening ease of doing business reforms at the sub-national level.

“Deliver technical assistance to all states to support gaps in reform implementation and provide opportunities for structural development and institutionalization of reforms across the country leveraging the PEBEC-NEC implementation structure.

“Ride on the back of State Fiscal Transparency, Accountability and Sustainability (SFTAS) Programme, which has created a mutual accountability platform between the Federal Government and the States. The SABER will further consolidate and deepen gains from EoDB reforms implemented across the country and facilitate crowding-in private investments at scale, a key requirement for the achievement of Nigeria’s development priorities.”