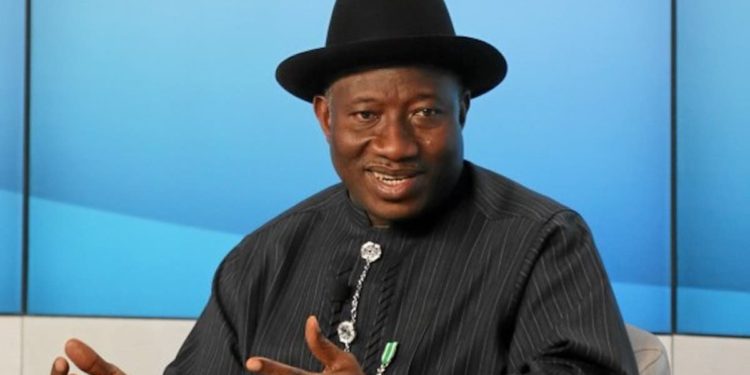 Leaders of the Economic Community of West African States (ECOWAS) have adopted the recommendations of its mediator for Mali and Nigeria’s former President, Dr Goodluck Jonathan, concerning the lifting of economic sanctions on the country.

In a document obtained by the News Agency of Nigeria (NAN), in Abuja, Jonathan’s six-point recommendations were adopted after his presentation to ECOWAS leaders at the 61st Ordinary Summit in Accra Ghana yesterday.

The recommendations are expected to pave the way for the implementation of a new 24-month transition period and the final resolution of Mali’s protracted sociopolitical crisis.

Last weekend, Jonathan had in a briefing recommended to the Authority of Heads of State and Government to lift the economic and financial sanctions imposed on Mali.
This came after Mali’s military rulers proposed a 24-month transition to democracy to terminate in March 2024 and enacted a new law for its implementation.

In adopting the recommendations on the way forward in Mali, the ECOWAS leaders in the communique issued in Accra after the 61st Ordinary Summit pronounced that the sanctions would be lifted immediately.

The outgoing ECOWAS Commission President Jean Claude Kassi Brou told a news conference in Accra that following the directive for the lifting of the sanctions, borders with Mali would be reopened and regional diplomats would return to Bamako.
Brou, however, stated that the heads of state decided to maintain individual sanctions, which targeted members of the ruling junta and the transitional council as well as the suspension of Mali from ECOWAS institutions, until the return to constitutional rule.
According to Brou, Malian authorities have taken steps in passing the electoral accord and in setting up a monitoring mechanism for transition.
He said that the authorities had also taken steps to prepare a new constitution for the country.
Jonathan, who was appointed in 2020 as mediator in Mali has made frequent trips to Bamako to engage the military authorities and encourage them to initiate and successfully complete a programme of transition to democratic rule.
Just before the summit Jonathan visited the country to hold further consultations with the authorities and assess the measures already taken and their commitment to resolutely advance the process of returning the country to constitutional rule.
Some of the mediator’s six recommendations which were adopted by the leaders include recognising the steps taken by Mali towards the restoration of constitutional rule and lifting the financial and economic sanctions reimposed in January 2022.
Others include working with the international community and Mali’s development partners to extend technical, material and financial support necessary for the successful completion of the electoral process as well as welcome the steps.
Johnathan, speaking at the ECOWAS 61ST ordinary summit of the authority of heads of state and government Accra, GHANA on Monday, recalled that after ECOWAS Extraordinary Summit held on 4 June, said there were clearly reflective of Mali’s commitment to decisively move forward the process of returning the country to constitutional rule with the support of ECOWAS and other partners.
Jonathan, who said that he had remained in close contact with the ECOWAS-mandated Transition Local Follow-up Committee, said that the Mali authorities briefed him on the steps they had taken since the Summit to pave the way for the organization of elections.
This according to him followed the proposal and plea that the Transition would be brought to an end by March 2024, at the latest.
“Subsequent to these consultations, additional measures were taken that consolidated the progress made.

“In this respect, I would like to highlight the adoption of the draft electoral law by the National Transitional Council (CNT) on June 17 and its promulgation on 24 June.

“It establishes the Independent Authority for the Management of Elections (AIGE), whose membership will also include representatives of political parties and civil society.

“The process for the appointment of members and operationalization of its structures at national and local levels is expected to be completed by early August.”

Jonathan disclosed that the electoral law, which is a central piece of legislation for holding elections, was widely welcomed by both the political class and the signatory movements to the 2015 Peace and Reconciliation Agreement.

“This is significant given the level of polarization that has characterized Mali’s political landscape in recent months,” Jonathan said.