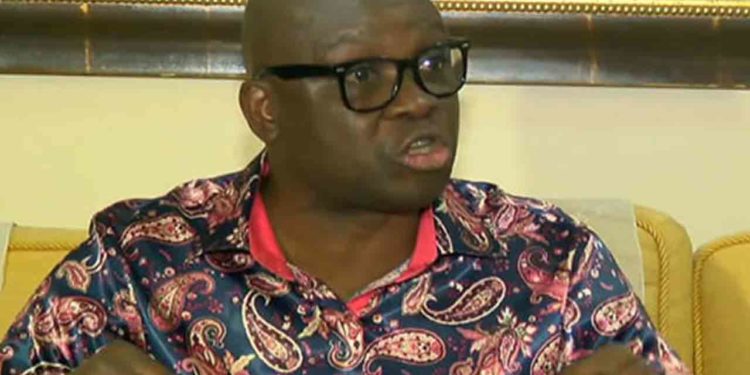 The ongoing trial of a former governor of Ekiti State, Ayodele Fayose before the Federal High Court Lagos was yesterday stalled due to the absence of the trial judge, Justice Chukwujekwu Aneke, who was said to be attending a conference outside the state.

Fayose, who was arraigned before the court by the Economic and Financial Crimes Commission (EFCC) alongside his company, Spotless Investment Limited over an alleged N3.3 billion fraud, was also absent from the court.

The court registrar, however, told journalists that a new trial date would be agreed on by lawyers in the matter in due course.

He is now facing an 11-count charge, in which the EFCC alleged that Fayose and one Abiodun Agbele, who is also standing trial on alleged money laundering offences before another division of the court, on June 17, 2014, took possession of N1.219 billion, to fund Fayose’s 2014 governorship campaign in Ekiti State.

The anti-graft agency also accused the defendants of committing criminal breach of trust, theft and stealing of public funds.

The EFCC further claimed that the defendants on the same June 17, 2014, without going through financial institutions, received the sum of $5 million, from Senator Musiliu Obanikoro, who was the then, minister of state, for defence.

The commission also alleged that Fayose on April 7, 2015, retained the sum of N300 million, in his fixed deposit account number 9013074033, domiciled in Zenith Bank Plc.

The anti-graft agency also told the court that the former governor and his company, Spotless Limited between June 17 and August 4, 2014, took control of the sum of N317 million, and deposited the same in Zenith Bank Plc account number 1010170969.

Fayose was also alleged to have between June 26 and August 27, 2014, taken control of the sum of N305million, which formed part of proceeds of an unlawful act, and in his Zenith Banks’ account number 1003126654.

The politician was also accused of procuring Abiodun Agbele and a company, De-privateer Limited, to retain the sum of N719million in Zenith Bank’s account number 1013835889.

The EFCC further alleged that the defendant used the sum of N270 million and N1.151,711,573 billion respectively, to acquire properties at Plot 1504, Yedsema Street, Maitama, Abuja from one Rabi Kundli, and Chalets 3, 4, 6 and 9, at Plot 100, Tiyamiyu Savage Street, Victoria Island, Lagos, in the name of JJ Technical Services.

Fayose was also alleged to have between October 16 and December 31, 2018, failed to declare his assets and properties, by not completing the declaration form during the investigation.

The defendants, however, pleaded not guilty to the charge.