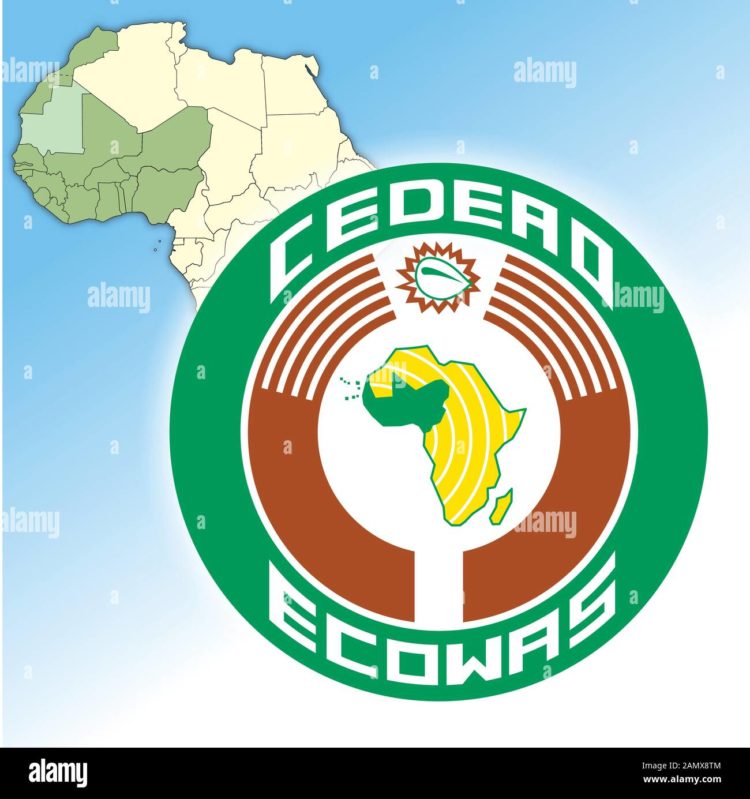 ECOWAS would appear to have run out of ideas on how to restore constitutional order in countries like Mali, Guinea and Burkina Faso.

The pattern has become predictable. Soldiers topple the government of elected civilians, followed by vociferous condemnations and the suspension of the affected country from the ECOWAS membership. The junta would announce a long transition period, which ECOWAS will promptly reject; then engage in some interventions, including appointing a mediator; imposing so-called targeted sanctions; and the rollercoaster movements begin with a series of extraordinary summits and wasting of scarce resources with little or no progress.

The latest scenarios started with two military coups in Mali within one year from August 2020, followed by Guinea and Burkina Faso in quick succession. Unfortunately, the six-page Communique of the Accra extraordinary summit does not inspire much hope for any strategic steps toward speedy resolution of the political crises in the three troubled countries.

The Chairmanship of the ECOWAS Authority by Ghanaian President Nana Akufo-Addo and the four-year tenure of the out-going ECOWAS Commission management under President Jean-Claude Kassi Brou could end with a legacy defined by preventable regression of democracy in the region.
The current ECOWAS leadership might not have been the architect of the political crises. Some were inherited from the previous management. But if leadership is about taking responsibility, including in conflict management and resolution, those in charge of the 47-year-old regional organization in the past decade have not covered themselves in glory, going by their characteristic lethargy and ineffective response strategies; coupled with lack of vision and proactivity.

The root causes of the crises/conflicts are obvious, from greed to rampant corruption by national leaders, abuse and disregard of the constitution, rule of law and electoral laws; flawed elections, human rights violations and the third-term or tenure elongation syndrome.
The leadership failure is a manifestation of bad governance, which promotes poverty, hunger, mass unemployment, run-down or non-existent social infrastructure, under-funded educational system and insecurity of lives and property. Others are the callous display of wealth and opulence by the political elite, who live large off the commonwealth, including by junketing on medical tourism abroad, while national health systems are left desolate.
The leadership deficiency is also at regional and continental levels, and it has become fashionable for ECOWAS and the African Union to intervene after crises/conflicts have escalated, instead of nipping them in the bud.

This is in spite of the fact that the organizations have early warning systems, legal instruments and tools for effective conflict prevention, management and resolution. The problem is that those tools are either completely ignored or neglected, when they are not undermined by lack of political will and capacity, incompetence, negligence or a combination of these factors, such that interventions are ineffectual or too little too late.

Take Guinea as an example. When the now-deposed President Alpha Conde started his controversial tenure elongation plan with a national referendum and constitutional amendment, following a similar pattern in Cote d’Ivoire, very little was heard from ECOWAS, at least publicly, even when violent street had protests ensued.
It was discontentment with governance systems that also resulted in street protests and the eventual overthrow of the governments in Mali and Burkina Faso with the coup leaders citing corruption and governments’ failure to tackle insecurity, among other reasons.

Having failed to make any meaningful headway, ECOWAS leaders have conveniently handed over the much-needed region-led intervention for the resolution of the crises in the three countries to the next ECOWAS Commission management, which is expected to assume office in early July 2022.
Incidentally, a new ECOWAS Chair is also expected to emerge at the 3 July, 2022 ordinary summit, which will be Brou’s last official assignment as ECOWAS Commission president. He moves on to the Central Bank of West African States, BCEAO, as governor on 4th July 2022. Members of the eight-nation Francophone BCEAO, which use the CFA franc as common currency, also belong to the 15-nation ECOWAS.

From Dakar, the Senegalese headquarters of BCEAO, the Ivorian economist, would be imagining what might have been at the ECOWAS Commission, where he and his management team held sway for four years. On the positive note, the team would take pride in launching the implementation of the long-overdue reduction of the Commission’s management from a wasteful 15 to seven-Commissioner structure.
The COVID-19 global pandemic might have affected progress, but in general, the ECOWAS performance scorecard is unimpressive, especially on democratic consolidation in the past decade.

According to the Accra summit Communique, the ECOWAS Authority expressed “concern about the length of the 36-month transition period announced by the transition authorities” in Guinea. It “demands the finalisation of an acceptable transition timetable; urges the government to establish an appropriate framework for dialogue with political and civil society stakeholders in order to ease the socio-political tension and ensure a peaceful transition,” the Communique said, without any reference to the “six-month” transition timetable, which ECOWAS had demanded from the junta.

The Authority also reiterated the “designation of Dr Mohamed Ibn Chambas as ECOWAS Mediator in Guinea, with the political situation to be reviewed at the organization’s next Ordinary Summit on July 3, 2022.” The Col Mamady Doumbouya-led junta had, in November 2021, rejected the idea of a regional mediator when ECOWAS first announced the appointment of Chambas, a former Executive Secretary/President of the ECOWAS Commission and immediate-past Special Representative of the Secretary General and Head, UN Office for West Africa and the Sahel.

But if the junta has now changed its mind, why did ECOWAS announce the appointment in the first place without the necessary groundwork?
The “Authority (also) decides to appoint Mahamadou Issoufou, former President of the Republic of Niger, as the ECOWAS Mediator for Burkina Faso, to facilitate dialogue among all stakeholders …(and) reiterates its concern about the duration of the transition period set at 36 months by the Burkinabé Authorities,” the Communiqué stated. It demanded the “finalisation of an acceptable transition timetable.”

With respect to Mali, the Authority “commends the efforts made by the ECOWAS Mediator (former Nigerian President Goodluck Jonathan), with a view to reaching an acceptable timetable to ensure a quick return to constitutional order, in accordance with the ECOWAS and African Union protocols and decisions.”

The Communique made no reference to the 24-month transition programme announced by the Col. Assimi Goita-led junta, in defiance of a shorter time-frame demanded by ECOWAS after the soldiers reneged on a previous 18-month timetable. The Communique said nothing about the recent controversial move by the Mali junta to name Togolese President Faure Gnassigbe as a mediator on the Mali crisis, apparently without prior consultation with Chief Mediator Jonathan.
While it is not uncommon to have two leaders serve as mediators on the same conflict, as happened with Dr Jonathan, then sitting President and now-deposed Burkina Faso President Blaise Compaore on the Mali crisis (2012-2014), it was ECOWAS that officially appointed both men.

The Accra summit Communiqué also upheld the controversial sanctions imposed by ECOWAS in January 2022 on Mali, including financial squeeze, border blockade and travel bans on the families of the junta officials. It was agreed that ECOWAS “continue the dialogue with a view to reaching an agreement to ensure a gradual lifting of the sanctions as benchmarks of the transition are met.” The same Communique called “on partners to increase their humanitarian support to Mali.”

In effect, the return to constitutional order drags on in the three ECOWAS suspended countries. With Niger reporting a coup attempt in March 2021 and Guinea Bissau in February 2022, and major elections due in 2023, the in-coming ECOWAS Commission management already has more than enough on its plate.
That military rule is an aberration bears no repetition. But it is also incontestable that preventing military incursion in politics in Africa requires conscious and deliberate consolidation and sustainability of democracy and good governance, based on respect for human rights, national constitutions and electoral laws.
Election has become a source of political conflicts in Africa, largely because it is do-or-die affair. This must change and with zero-tolerance for greed, corruption, cronyism, impunity and election rigging, among the numerous anti-democratic behaviours plaguing the continent. Peer review mechanism and Africa’s traditional methods of conflict resolution should also be activated.

Leadership is an opportunity to service others not to be served.
ECOWAS, the African Union and development partners, including the UN should recalibrate and shift their conflict prevention, management and resolution mechanisms from reactive to a proactive mode.
West Africa and the Sahel region has become the epicentre of insecurity, terrorism, jihadist and separatist insurgencies. The incoming ECOWAS Commission management should redouble efforts and work with all relevant stakeholders to prevent, stem or effectively manage crises/disputes in the politically restive region.

Ejime, an international Affairs Analyst can be reached on [email protected]