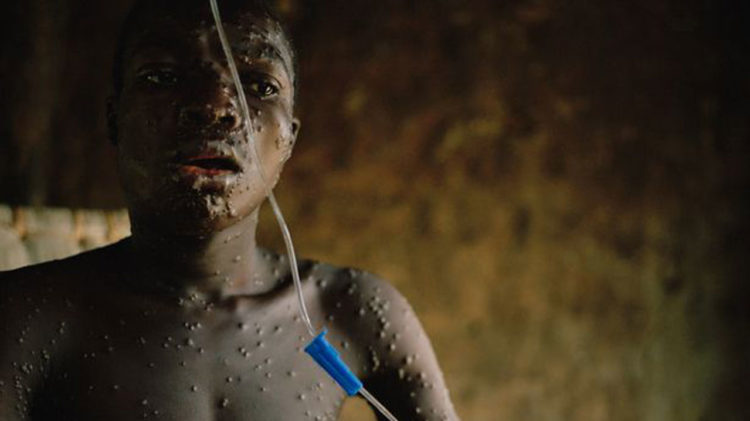 Just when the world thought it had a break from world pandemics, and to an extent had accepted that COVID-19 is here to stay, the outbreak of the rare disease monkeypox is generating anxiety that may likely place the entire globe on another health watch. Suffice it to say, little is known about this disease except that the virus does not spread as fast as the coronavirus but has obvious symptoms and presently has no cure.

The World Health Organisation (WHO) has so far reported about 200 cases of monkeypox worldwide and that so little is known about the disease. For example it does not have a cure and generally runs its course, healing on its own after about two to four weeks. Live Science also states that the cases are mostly turning up in the United States and Europe, claiming that the disease is endemic to Central and West Africa. Most of the cases are also reported in Spain, Portugal, UK and Canada according to media reports.

WHO has also disclosed that presently, serious cases can happen with about three to six per cent infected with the disease losing their lives. It also states that the death rate is higher in young children. Those between the ages of 40 to 50 years of age may also have an increased risk of vulnerability. This is as a result of the termination of small pox vaccinations that were reported as effective in protecting against Monkeypox. These vaccines were discontinued after the small pox disease was eradicated.

Monkeypox is reported to have developed as a result of the monkeypox virus (genus Orthopoxvirus). According to Centre for Disease Control and Prevention (CDC) the virus is closely related to other pox viruses such as vaccinia, variola major and minor (that causes smallpox) and cowpox virus.

Looking at the history of the virus, it was reported as being first found in 1958 in monkey colonies, and after that in 1970 it came up again but in human in what is now known as the Democratic Republic of Congo. In the years that followed, monkeypox outbreaks we’re known to have shown up in areas across Central and West Africa.

Monkeypox symptoms start with a fever that develops into chills, fatigue, muscle aches and headaches. After one to three days, some people are likely to start having rashes on the face that spreads to other parts of the body. The CDC explains that macules or light brown spots appear on the body, followed by what it calls papules, described as ‘raised bumps’ showing up on the body. Subsequently, the rash changes into what is called vesicles and pustules, these are said to look like pus-filled pimples. Eventually, they become scabs and fall off, with the disease taking two to four weeks to resolve. The CDC also discloses that monkeypox causes swollen lymph nodes.

Monkeypox has been described as a zoonotic disease. This means that it usually spreads over from an animal reservoir to human beings. No primary animal hosts are known, but speculations by WHO states that they may be rodents or primates.

In terms of mode of transmission, WHO noted that monkeypox spreads among humans through sustained close contact. This can happen through respiratory droplets, bodily fluids, skin lesions or contaminated materials. Also important to know is that those with monkeypox who have active skin rashes can spread the virus to others through close skin contact.

Therefore, this newspaper is calling on the federal government to take preemptive steps to put in place preventive measures to tackle the spread of the disease should it appear on our shores.

It is good to hear that the federal government has already set up an inter ministerial committee to curb the possible spread of monkeypox. However, we all know that if this programme is not well supervised, there is a risk of the virus spreading.

The Ministry of Agriculture and Rural Development has, however, noted that there are no known cases of monkeypox in Nigeria. Nevertheless, Nigerians are advised to avoid contact with animals that could be infected with the virus, including sick and dead ones.

And just as we successfully tackled the case of Ebola which was more deadly, and also to an extent curbed spread of COVID-19, the public should be wary of the monkeypox disease because it has no cure. If noticed, contact the Nigeria Centre for Disease Control (NCDC) on helplines they provide. Also, the people must necessarily stick to the guidelines provided. By all means  we must keep Monkeypox out of Nigeria.