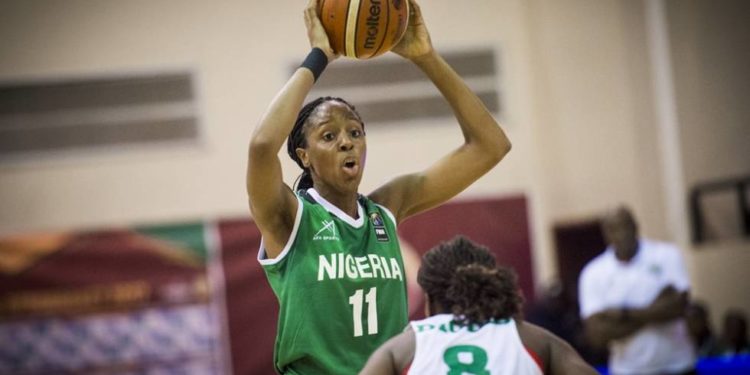 Most lovers of basketball in Nigeria received with shock the recent order by President Muhammadu Buhari for an immediate withdrawal of the country from international basketball competitions. The minister of youth and sports development, Sunday Dare, who made the announcement on behalf of the President said that the decision was to enable the government to concentrate efforts on revamping the sport from the grassroots as well as revive the domestic leagues that had gone moribund.

While calling on players, officials, fans, and other stakeholders to remain calm, Dare assured that the government would utilise the break time to address all contentious issues plaguing the sport. To demonstrate this commitment, the federal government through the Ministry of Youth and Sports Development had since constituted an Interim Management Committee (IMC) to oversee the affairs of basketball in the country for the two-year break from international schedules.

This development came amidst preparations by both the D’Tigers and D’Tigress for the upcoming events and has been erroneously condemned by several commentators. But for close watchers of the power tussle within the Nigeria Basketball Federation (NBBF) in the last five years, the federal government’s decision did not come as a surprise because there were similar calls from different quarters in the past, but the government deliberately let matters roll by in the hope that common sense will prevail.

It is pertinent to note that the primary function of a national sports federation is to provide opportunities for more people to get involved, increase participation and help people progress along a ‘sports development continuum’.

But the gladiators in the NBBF’s squabble, for five years, watched as local talents wasted away and the fight for self-benefit cripple the domestic leagues and deprive our local talents of opportunities to be spotted by club scouts.

Regrettably, in our opinion, the basketball courts in the country were shut down while administrators fought for the control of the sport, and just like the saying that when two elephants fight it’s the grass that suffers. Nigeria’s basketball was hit to its lowest ebb on the home front.

First, the loss of the Kwese title sponsorship of a $12 million five-year deal after its first year. The inaugural season of the Kwese League saw Champions Kano Pillars go home with N20 million and N25 million split at N15m and N10m for the first and second runners-up. It was the highest prize money paid for any professional sports league in Nigeria and the entire West Africa region.

The battle which has now extended to five years saw a lot of clubs fold up due to their inability to sustain and generate income from sponsors as Zenith Bank also withdrew its sponsorship of the women’s basketball league and some players were left with no choice but to become artisans to make a living since their beloved sports careers and income source have been taken away.

With no domestic season and the attendant match rustiness, the continental club championship windows were slammed while the national teams’ call-ups were made the exclusive reserve for foreign-based players for the aforementioned reasons not necessarily because of a better record of performance.

The coaches, referees, and other match officials also had to bear the brunt of the leadership crisis in the NBBF that rendered the domestic leagues deskbound.

While the NBBF impasse continued, every direct and indirect attempt by the Sports Ministry to reconcile the warring factions landed on deaf ears and the world basketball governing body, FIBA, rejected every government’s invitation to intervene in the crisis.

In the considered opinion of this newspaper, the decision to withdraw from international competitions may be viewed as too harsh just as we have cause to worry that the self-imposed two-year ban may not see an immediate end to the leadership crisis in the NBBF. However, we urge Nigerians to understand that the government cannot fold its arms and watch a few individuals hold the country to ransom.

Regardless, we are of the opinion that instead of banning the country from all basketball international functions, the federal government should have concentrated more on resolving the protracted leadership crisis which was ignited as far back as 2017 when Engineer Musa Kida and Tijani Umar both laid claim to the presidency of the NBBF.

The former Sports Minister, Solomon Dalung, was alleged to have laid the foundation for the crisis when he was accused of interfering in the electoral process that produced the first two factional presidents of the NBBF board.

Just like Dalung, his successor Sunday Dare also failed to midwife a rancor-free NBBF election. His administration has also produced two factional presidents. While this newspaper welcomes the decision to revamp the sport from the grassroots for an all-inclusive participation, we are not oblivious of the fact that only a constitution acceptable to all stakeholders would produce free and fair elections and save Nigeria from the needless headache of two factional NBBF presidents.