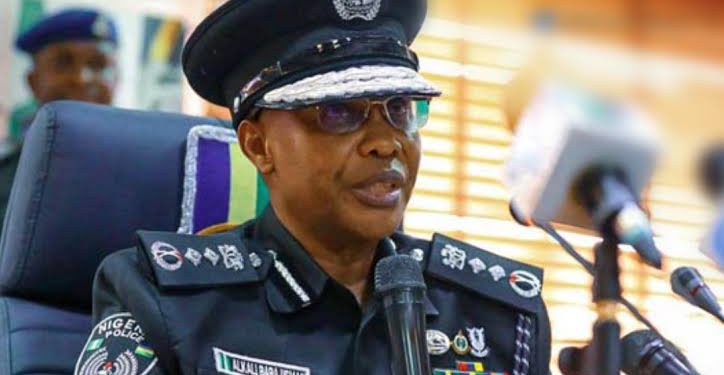 Recently, the Nigeria Police Force (NPF), surreptitiously increased the official fee charged for Police Character Certificate (PCC) from N5, 000 to N40, 000. By this development, Nigerians travelling abroad, including students will now have to pay N40,000 officially for police character certificate, also known as Police clearance certificate. This was in the wake of a directive, allegedly, from the Police high command.

Police Character Certificate basically certifies that the holder has no criminal background in Nigeria. Although this document is also issued to foreigners who live/resided in Nigeria for at least 30 days, the information on this page is rather focused on Nigerian Citizens abroad who require the PCC for investment, residence permits, or other pursuits in a foreign country.

The development comes amid reports that many Nigerians are seeking to leave the country in search of employment abroad owing to a fall in the standard of living and a high unemployment rate.

This fee represents a N700 per cent increase from the original fee of N5,000. Before this official hike, the actual price was known as it could range from as low as N5, 000 to as high as N100, 000, depending on the police officer one approaches or the individual requesting the certificate.

There have, however, been some instances where it was reported that some applicants paid as high as N30, 000 to N50,000 under certain undisclosed conditions. The rest is better imagined, considering the level of rot and corruption in the Nigeria Police Force.

The bottom line is that the cost of police clearance certificate in Nigeria is not known, in the true sense of the word. It may even cost you more if you are getting the Police Character Certificate from the Criminal Investigation Department (CID) Registry Office. Also, your status could be a determinant for the cost of police clearance; you could be charged more when the officer in charge suspects you have the financial strength or in desperate need of it.

It is important to note that abroad, the Nigerian Consular Mission does not issue Police Character Certificates. However, some Nigerian Missions may apply for the Police Background Check on applicant’s behalf, for a fee. The actual Nigerian Consular Mission’s role in the process is Authentication which comes after the Police Clearance Certificate is obtained and legalized in Nigeria.

Consequently, Nigerians wishing to obtain this certificate are advised to apply directly in person or through a proxy (family or friend) to the Nigerian Police Forensic Department. To use the document abroad, it should be legalised at the Consular and Legal Department, Ministry of Foreign Affairs before being presented to the Nigerian Consular Mission abroad for authentication. If you are applying by yourself or through a third party, it could take between 14 to 21 days for you to get it.

While not all countries require the PCC document, it is noteworthy that the few which do are very strict about it and they take special care in asking for it in order to check the basic details of a person, ensuring that they have no criminal records whatsoever. This is done to maintain a crime-free society.

However, it is pertinent to point out that the Nigeria Police is not a revenue generating organisation. The increase in fee charged for the Police Character Certificate is, therefore, in our view unreasonably high. It is appalling that since the report of the increase in fee charged for the character certificate last month, the police authorities have kept grave silence over the matter. This should not be the case in a democratic society like Nigeria. Nigerians who bear the brunt have the right to know.

As a newspaper, we believe that the increase in the fee for police character certificate is unacceptable and should be reversed forthwith. We say no to any fee increase under whatever guise! The Nigeria Police Force is not a revenue generating agency.

We consider the increase as an additional burden on the generality of Nigerians who are already battling with unfavourable economic realities. The National Assembly and other relevant authorities must rise in defence of the Nigerian citizens.

While the lawmakers are on it, we find it disagreeable that government and its agencies are always looking for opportunities to put more hardship on the people. Even worse is the timing of such exploitative policies. In other climes, and in response to the hardship on the people as a result of the downturn of the economy, governments are cutting taxes and offering their citizens incentives to cushion the effects of the hard times.

We urge the police to immediately revert to the old rate as this increase is one too many. The people are already weltering under the heat of an economy that is as poorly managed as it is almost tottering.

2023: Use Your PVCs To Elect Right People Into Office, Kingsley Amafibe Tells Nigerians