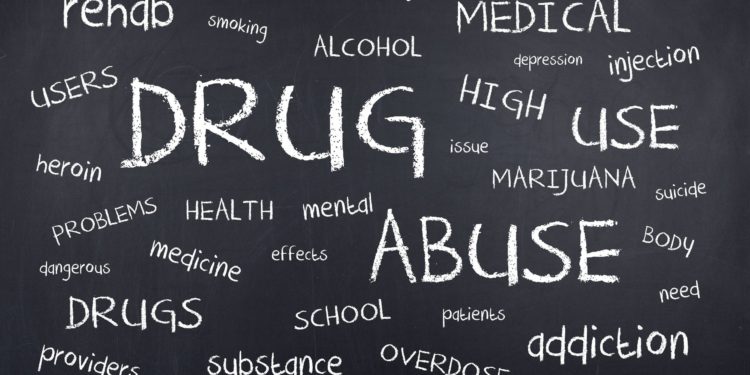 The United Nations International Day Against Drug Abuse and Illicit Drug Trafficking is marked on June 26 every year. It’s a day set aside by nations of the world to re-invigorate efforts aimed at sensitizing the general populace, especially youths, on the dangers associated with the cultivation, manufacture, trafficking and abuse of illicit drugs.

This year, the theme for the day is “Addressing drug challenges in health and humanitarian crisis.” This addresses the different challenges the world is facing and tries to take steps to create a world free of drug abuse.

Sadly, it is coming at a time when the rate of drug abuse among Nigerian youths is rising astronomically. A National Drug Survey 2019, indicated that cannabis is the most commonly abused substance by an estimated 10.6 million Nigerians, some of whom started smoking as early as 19 years of age. The Global Drug Survey 2019, also, cited cannabis as the most abused substance with West Africa having the highest abuse prevalence.

The World Health Organisation (WHO) on substance abuse also stated unequivocally that cannabis is the most widely used illicit substance in Africa, with the highest prevalence, between 5.2 per cent and 13.5 per cent, found in West Africa. It is safe to surmise that Nigeria has an epidemic of drug use and abuse.

Also, from the findings of the National Drug Use and Health Survey 2018, the survey recorded an estimated 376,000 high-risk drug users in the country, of which one in every five injects drugs. And with a total of 80,000 People Who Inject Drugs (PWID), the risk of the spread of HIV, Hepatitis C and other blood-borne diseases was high and this in turn raises the stake of a public health crisis.

No doubt, the appointment of Brig General Buba Marwa as the chairman /chief executive officer of the National Drug Law Enforcement Agency (NDLEA) has reinvigorated the war against drug abuse.

It is instructive to note that in the last 17 months a total of 17, 647 drug offenders and 10 barons have been arrested by the agency. Also, over 2,369 convicts were jailed with more than 11,000 drug users counselled and treated within the same period. This is impressive.

In the considered opinion of this newspaper, the war against drug abuse is a war that must be won because there is a nexus between drug abuse and insecurity.

This newspaper recalls that in 2020, the National Security Adviser Maj-Gen Babagana Monguno (rtd) had attributed the rise in insecurity in the country to sale and consumption of hard drugs. He also admitted that the use of hard drugs has assumed a dangerous and worrisome dimension.

To put it in proper perspective, Nigeria has been ranked third most terrorised country in the world by the Global Terrorism Index (GTI) report. Regrettably, insecurity is at an all-time high in the country, with bandits and insurgents holding the country by the jugular. No region of the country is immune to security challenges.

To demonstrate its determination to rid the nation of illicit drugs and abuse, President Muhammadu Buhari, last year, launched the War Against Drug Abuse” (WADA) and the “National Drug Control Master Plan 2021-2025”. The President had said the danger posed to the country by illicit drugs is worse than that posed by insurgency and banditry.

We agree with the assertions of the president because drugs have been catalysts of terrorism, kidnapping, banditry, armed robbery and various violent conflicts in Nigeria. While we agree that the records of the NDLEA have been impressive in recent months, more work need to be done to stamp out or reduce the menace to the barest minimum.

It is pertinent to note that to successfully prosecute this war, the underlying causes of drug abuse need to be addressed which is basically poverty.

Consequently, we call on the federal and state governments to intensify the execution of war against drug abuse. Similarly, this is not for the government alone. We also call on all families, schools, civil society organisations, professional associations, religious organisations, the academia, community leaders and individuals to complement the efforts of the NDLEA.

Indeed, the government need to break the distribution and chain of supply of drug use in the country. We strongly suggest that parents also need to pay more attention to their children to effectively deal with peer pressure.

Preventing drug abuse is the best option for parents. Awareness of the dangers of drug abuse need to be stepped up through traditional and social media to educate families about drug abuse prevention.

Victory in the war against illicit drug and drug abuse will go a long way in reducing, to a considerable extent, killings and violent crimes in the country.