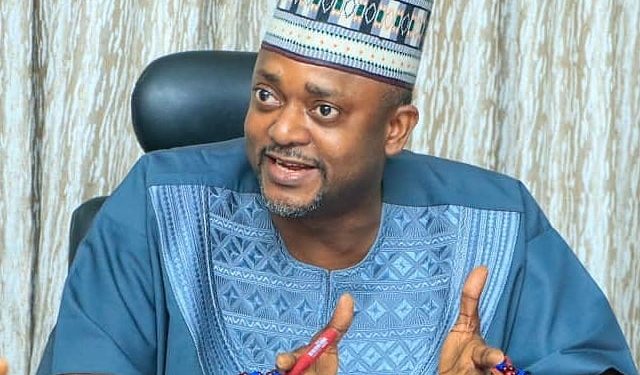 Described as a clairvoyant who hardly misses his predictions; he once told his mum that he would mount a throne one day, that was when he was a child. Many years after, he sits atop a throne as the number 2 citizen in Kogi state. How he predicted the political greatness of his boss is another story waiting to be told someday.

Gifted with a telegraphic memory, the man remembers things in telepathic flashes. When he landed his first banking job, he remembered the woman who accepted and mentored him in the bank. Her name was Cecilia who was his superior in GTB Jos, his successes and triumphs, he wholeheartedly attributed to the woman. He held her in high esteem, tragedy struck and the woman was assassinated in the city of Jos, so ended the promising voyage of a breadwinner, for she was the only hope of her parents! Many years after, our man in reference remembered the sacrifices of this woman in his life as a young banker and decided to fulfil what has been the age-long dream of the deceased woman. He built a house for her parent in memory of his woman boss- something she had always dreamt of doing before death took her away. He searched for the family of this woman somewhere in Odu and honoured her even in absentia.

Reputed for always rewarding loyalty, traceable realities have it that no one crosses his path, toiled with him and not get rewarded. He has the memory of an elephant- lasting and unforgettable- the same way he is ingrained with the appreciation of a dog who never forgets kindness done to it. The reason those who made the government of Governor Yahaya Bello were those who toiled with them when there were in the tunnel of uncertainty.

Imbued with the heart of gold, the man can go all lengths to see people in pain happy. We have seen him pay school fees for indigent students, foot the medical bills of indigent patients, build homes for homeless and aged people, set up people in business and empower widows.

Highly detribalized and free-spirited, he has no boundaries as everyone with value is his regardless of their tribe, faith or creed. He feels divine and solemn in the church, same way he feels in the mosque. He is a man of all seasons- boundless and limitless. He builds for the church same way he builds for the mosque- he is a celestial product of grace. Never a man who harbour grudges and resentments, he forgives those who slight him and even goes afar with setting them up again and again.

Perilously intelligent, smart and foresighted, he combines native intelligence with uncanny brilliance to provide solutions to personal and administrative burdens- a master strategist with nose for excellence. Unarguably, one of the most popular tested and experienced deputy governors in Nigeria. He is widely referred to as the king of boys.

Highly misunderstood but in this man, I find real compassion and the real definition of mentoring. Go to Kogi and see a new generation of young people empowered to full leadership and educational capacity. He harvests people who share no affinity with him and put them up for greatness. I have lost count of the men and women he has empowered -of course not with just money but the tools of survival. He is a man not contented with personal aspirations but the nagging desire to see others measure up on the same podium of life with him. A selfless man with the yearning desire to have a world of equal opportunities.

His life is a template of what real struggle is, he didn‘t happen by accident, he followed through the roughy ridges of life. His feet had been severed by the thorns of life, his body burnt by the ray of the sun and almost drowned by the flood of life. In all of these, he pushed on to be where he is. For whatever and whoever he is today, is to the toils of yesterday. He struggled through the bumpy fields of life to be where he is today. This man paid his way as a barber to foot some of his bills in school, he borrowed the suit he wore to his first job interview, he squatted with a friend to have a shelter over his head! Yes, know the story of a man before you write your verdict on him.

The Life of Edward Onoja is coined in the mystery of providence that may look weird, sometimes mysterious to ordinary eyes. To cynic prism, he is a beneficiary of occult powers –if not, why should every trace of his life be defined in telepathic sequence; for everything he said, for every event he predicted, all come back in exact realities. He could read and interpret thoughts and give insight into events. We saw it when he propped his friend and twin brother, Yahaya Bello into venturing into the political uncertainty of Kogi State.