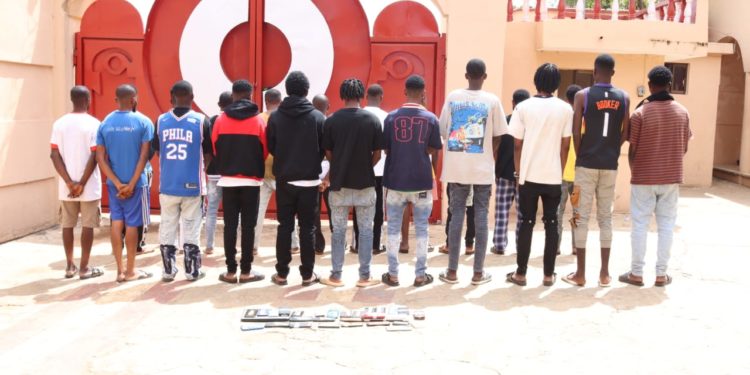 Operatives of the Ilorin Zonal Command of the Economic and Financial Crimes Commission, (EFCC), have arrested 19 suspected internet fraudsters in a sting operation in Lokoja, Kogi State.

The suspects were arrested by the operatives of the anti-graft agency over the weekend.

The suspects include a serving corps member in the State, Adamu Shuabu, and 18 others.

Upon arrest, a Lexus car, huge sum of money suspected to be proceeds of illegal activities, different brands of phones, laptops and other incriminating materials were recovered from them.

A statement from the EFCC said the suspects will be charged to court upon the conclusion of the ongoing investigations.