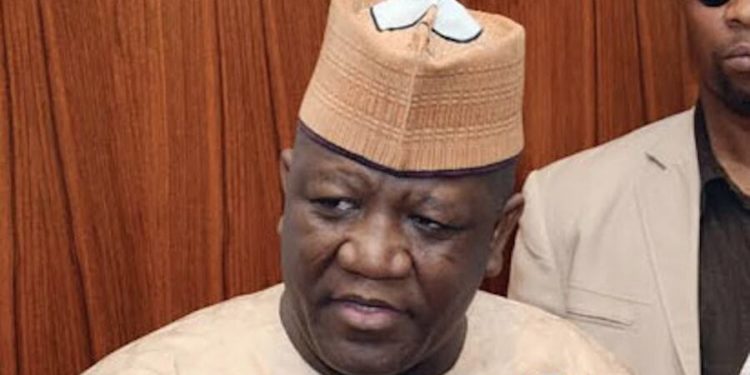 The Economic and Financial Crimes Commission (EFCC) has arrested former Zamfara State governor Abdulaziz Yari, in connection with the N84 billion linked to ongoing investigation of the suspended accountant-general of the federation, Ahmed Idris.

Yari was arrested yesterday at his Abuja residence at about 5pm.

EFCC sources, who confirmed the arrest, said Yari was alleged to be one of the suspected accomplices of Idris in the alleged N84 billion fraud.

The EFCC sources claimed that suspicious transactions between Idris and Yari were “in the region of N22 billion,”

According to the sources, “the EFCC on May 29 arrested a former governor of Zamfara State, Abdulaziz Yari and Anthony Yaro, the chairman and managing director of Finex Professional for their alleged role in N84 billion fraud involving former accountant-general of the federation.

“Yari who was picked up at about 5pm today allegedly benefitted to the tune of N22 billion through Finex Professional, from the N84 billion which the former AGF paid one Akindele,” one of the sources said.

Idris has been in the EFCC custody since May 16, 2022, after he was arrested for N80 billion fraud and corruption allegations.

The EFCC is working with the lead that he allegedly conspired with others to steal public funds which, by his role, he was meant to safeguard.

Before the latest development, Yari was arrested last year by the EFCC over allegations that he diverted billions of funds kept in a bank by the Zamfara State government.