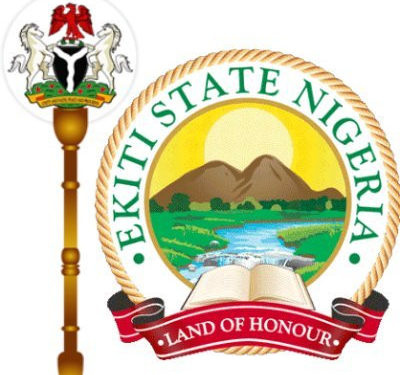 Governorship candidates of the political parties contesting in the June 18, 2022 governorship poll in Ekiti State have pledged to deliver on their electioneering campaign promises to the people.

No fewer than nine out of the 16 candidates cleared by Independent National Electoral Commission (INEC) to participate in the election signed a social contract agreement with the people of the state to affirm their commitment to the pact.

The pact meant to hold the candidates accountable to the people after winning the election was signed by traditional rulers, religious leaders, youths, women and others at a programme organised by the Justice Development and Peace Initiative, JDPI, in partnership with the Nigeria Union of Journalists NUJ and the Ekiti Council of Elders.
This came as the governorship candidate of the Social Democratic Party (SDP, Chief Segun Oni, decried the lack of electricity in Ekiti East Local Government Area of the state, promising to reconnect the area to the national grid within six months, if elected governor.

The SDP standard bearer for the June 18 governorship election who expressed regret that most of the projects he initiated during his first term have been abandoned or out rightly jettisoned, pledged to reintroduce such and come up with people oriented programmes and policies.

Speaking during the party’s electioneering campaign across the towns and villages of the local council at the weekend, Oni said the party is determined to bring progress and development to every part of the state.

“We want to offer the government a new lease of life to our people. I understand that there has been no electricity in this area in the last ten year, this is not defensible but it will be addressed within the first six months of the government. We brought 33KVA here during our first to boost electricity.”