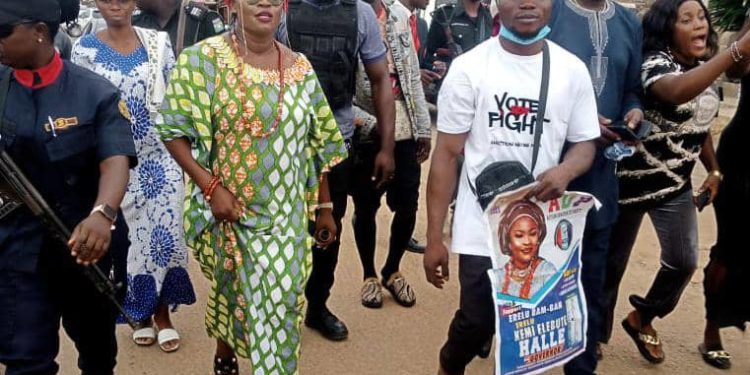 As part of her campaign promises for the Ekiti State electorate, ADP gubernatorial candidate, Erelu Kemi Elebute-Halle, has donated solar-power electricity kits to over 400 homes in the State.

According to her, it was time for all the deprived homes in Ekiti State to enjoy dividends of democracy with a talk-and-do governor.

Meanwhile, residents of Omu Ekiti have expressed their gratitude for the gesture even as they encourage others to vote for ADP in the forthcoming June 18 governorship election.

Elebute-Halle, in her manifesto, has always assured her supporters and all Ekiti people of her continuous support at ensuring rapid socio-economic development in all the nooks and crannies of the state if voted as governor come June 18, 2022.

“Erelu Kemi Elebute-Halle is on a mission to lead the people to rescue and recover Ekiti from the clutches of bad leadership, political slavery, resources plundering and slave-driving.

“She will rebuild Ekiti and return her to the Ekiti people, who extol the virtues of professionalism, Omoluabi dignity, and respect for one another,” a statement from her campaign team stated.