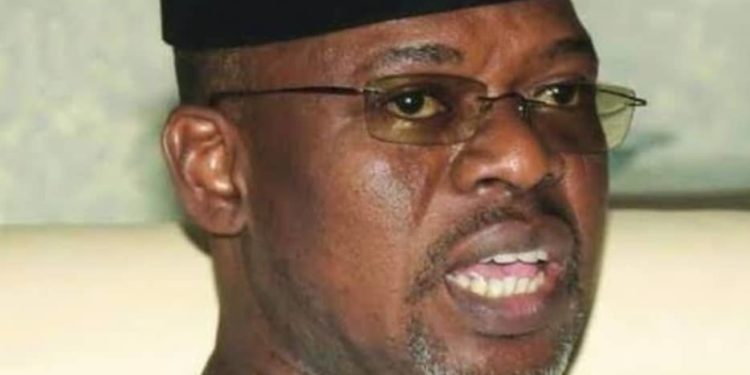 The governorship candidate of the Social Democratic Party (SDP) for the June 18 Ekiti State governorship election, Chief Segun Oni, on Wednesday, said he is still in the race as he not withdrawn from the contest.

Oni clarified that he has no agreement with former Lagos State governor and All Progressives Congress (APC) national leader, Asiwaju Bola Ahmed Tinubu, to backtrack on his aspiration in order to satisfy any political interest.

He maintained that APC’s national leader’s emergence as a presidential candidate won’t sway him to abandon his governorship aspiration or to compromise.

The former governor spoke in respect of the rumour making the rounds that Tinubu had struck a deal with him on the need to backtrack on his aspiration to pave way for the victory of the APC governorship candidate, Biodun Oyebanji, in the Saturday poll.

Recall that Oni became the APC deputy national chairman (South) at the prodding of Tinubu in 2015, afterwhich he returned to the People’s Democratic Party (PDP) in 2019.

Addressing journalists in Ado Ekiti, on Wednesday, Oni debunked ever entering any deal with anyone, including Tinubu whom he said was once his political ally.

According to him, “Let me say that this is a lie, I have not seen Asiwaju Bola Tinubu for over a year now. I am here for Ekiti people and I will not compromise the interest of Ekiti people for anything.

“I am not also desperate. I am a contented person and I am not a person that can be bought with money, I can’t be purchased. So, I did not meet anybody anywhere to compromise my candidacy,” Oni stated.

Oni said he hearkened to the persuasion from the generality of Ekiti people to venture into the governorship race and that he won’t betray the confidence reposed in him by being steadfast and honest in the prosecution of the election.

He also blasted politicians planning to buy the conscience of the people in the election, describing vote buying as an unpardonable criminal offence in the face of the law.

The former governor was enthralled with the hint dropped on Tuesday by the Inspector General of Police, Usman Alkali Baba and the chairman of the Independent National Electoral Commission (INEC), Prof. Mahmood Yakubu, that vote buying will be difficult to perpetrate in Ekiti election.

He also appreciated the commission for its resolve to work with the operatives of the Economic and Financial Crimes Commission(EFCC) and Independent Corrupt and Other Related Offences Commission (ICPC), to tackle the perpetrators of the criminal tendency.

“EFCC and ICPC operatives must clampdown on those who want to be in power at all cost, but as good as this is, our people must resist unlawful arrest. Nobody should be arrested unalwfully while others are being protected. The clampdown must be total.

“If anyone commits an offence, let him be arrested lawfully through a warrant of arrest. We have seen a situation whereby minority was lorded over the majority, but it won’t happen again in Ekiti.

“Vote buying is a criminal offence and that the position of the ballot box must be such that you drop your ballots before the prying eyes of the buyers saw where you voted.”

He assured that the SDP won’t engage in vote buying, adding that, “This doesn’t mean some people will not be paid for rendering services to us, but for vote buying, SDP is bluntly opposed to this.”