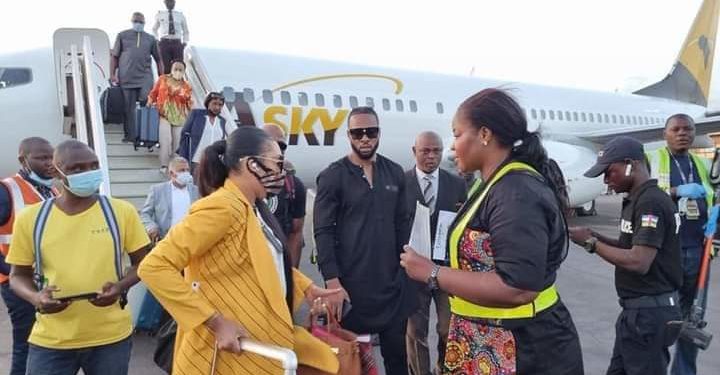 A gender advocate and President, World Women Leading Change Nigeria, Ogenna Walter has received a rousing welcome in the Central African Republic where she recently hosted the Tongolo Africa Concert.

The celebrity compere and public speaker was upon arrival at the airport received by top officials of the CAR government.

Young people could not withhold their joy as they trooped out in their large numbers to welcome her and also celebrate her on her departure.

The event which took place from May, 28-29, 2022 was in collaboration with the country’s Ministry of Culture and Tourism. 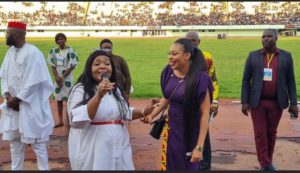 It also attracted high profile personalities within and outside the CAR. It was aimed at celebrating the country’s rich cultural heritage.

Ekwubiri has since expressed gratitude to the government and people of Central African Republic for being wonderful hosts while her assignment lasted.

She specifically thanked the Minister of National Defense, Veterans, War Victims, and Restructuring of the Army, Thomas Theophile Tchimangoa, Minister of Communication to the President Hon. Sebiro Wilfried as well as the country’s Minister of Tourism and Culture.

She was treated to local and continental dishes in addition their rich cultural display.

Earlier in the year, she delivered a keynote address at Women in Management Africa, WIMA Summit at the Hyatt Hotel in Dar Es Salaam, Tanzania.

The event also featured conferment of awards on deserving individuals for their contributions in raising the bar of growth, security and prosperity of African women.