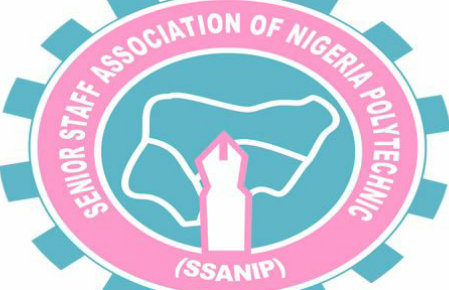 Senior Staff Association of Nigeria Polytechnics (SSANIP) yesterday extended its months-long strike ultimatum to enable its leadership to engage more with the federal government over the lingering issues.

This was contained in a communique issued at the end of the union emergency general meeting held in Abuja yesterday.

The communique which was jointly signed by its national president, Adebanjo Ogunsipe and national secretary, Hussaini Gwandu, noted that the extension was to give its executive council time to continue engaging the authorities concerned and follow up with meaningful engagements to resolve the other pending issues.

The union had on 1st April threatened to join forces with the Academic Staff Union of Polytechnics (ASUP) if the government failed to fulfil the promises made to them.

SSANIP in a letter to the federal government threatened the strike over issues such as, infractions on the implementation of the 2019 Polytechnic Act, revitalization funds, new scheme of service, minimum wage arrears, challenges of state-owned institutions, payment of incomplete salaries, amongst others.

The communique reads, “Council noted the response of relevant authorities to its demands and resolved that the ultimatum should be extended while the National executive council of SSANIP should continue to engage the authorities concerned and follow this up with meaningful engagements to resolve the other pending issues.”

While condemning the recent massacre of worshippers in Owo, Ondo State and high level of hardship experienced by Nigerians, the union equally frowned at the disregard for NBTE directive on usurpation of non-teaching positions by the management of Hassan Usman Katsina Polytechnic, Katsina State.

The union therefore advised the management of the polytechnic to, as a matter of urgency, address these issues in the best spirit of fairness and to guarantee industrial harmony.