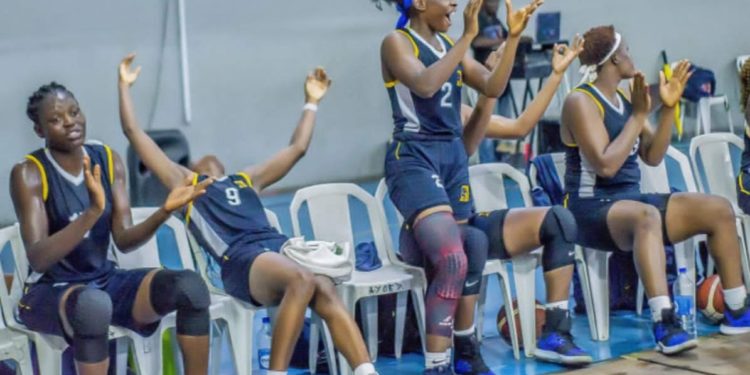 First Bank Female Basketball team, the Elephants Girls, proved once again that they are a force to be reckoned with in the Nigeria Basketball Circle with their victory over the hard-fighting MFM Queens in the finals of Sam Oguche Basketball competition.

The event, which held at the indoor sports hall of the National Stadium in Lagos, saw the Bankers overrun Olukoya Queens by 52-40 in the keenly contested final to lift the trophy.

The match, dubbed a one-sided affair by fans, commenced on a fast pace mode with the former African champions dominating their opponent in the first quarter by 16-6.

The second quarter saw the Bankers consolidating their hold on the lead with another excellent performance winning 28-14.

Though the MFM Queens fought back in the third quarter, their resolve had little or no effect as the Elephants Girl held on to the lead.

Urged on by their teeming supporters in the fourth Quarter, the Elephant girls showed their resolve to continue to maintain their position as the best female basketball team in the country and one of the best in the continent with the victory, winning by 52-40.

Satisfied with the performance of her girls, Coach Lati Erinfolami said the team will continue to work hard to maintain the high standard they are noted for.

“It was a good game. The girls were determined to excel and that was why they dominated from the beginning to the end. I will continue to encourage them to work. This is just the beginning for us,” said the elated Coach.

Already, there were signs that the team will replicate their victory runs in the ongoing Dr. D.K. Olukoya Basketball tournament currently ongoing at the National Stadium in Lagos.