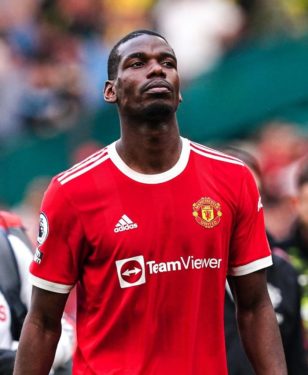 Manchester United have confirmed that Paul Pogba will leave the club as a free agent at the end of June, upon the expiry of his contract.

The 29-year-old rejoined United from Juventus in 2016 after the English side allowed him to leave as a free agent four years earlier. He made 226 appearances during his second spell at the Manchester club. He further won the League Cup (Caraboa Cup 2017) and the Europa League 2017 in his first season back but did not pick up another trophy after that campaign for the club. Although he won international trophies with his country, France, in 2018 World Cup and in 2021 Nations League.

The French midfielder struggled with injury all through the 2021/2022 season and did not play for United after the 4-0 defeat by Liverpool on April 19, 2022 at the Anfield Stadium.

Pogba’s return in 2016 saw him rejoin a club that he first played for at the age of 16. He moved to United from Le Havre, working his way up through the academy and making his debut at first-team level.

However, Paul moved to Juventus in 2012 on a free transfer. Pogba was a success in Italy, winning four Serie A titles and reaching the Champions League Finals in 2015 where Juventus lost to Barcelona. His return to United was less successful, but the English club paid tribute to him in a fond farewell on their website.

Manchester United’s Statement said: “Everyone at the club would like to congratulate Paul on his successful career, and thank him for his contributions to Manchester United.

“We wish him all the best for the next steps on a remarkable journey.”

Pogba in a statement released on his official Twitter handle expressed his gratitude to the club and her fans:

“I feel privileged to have played for this club. Man beautiful moments and memories but most importantly an unconditional support from the fans.