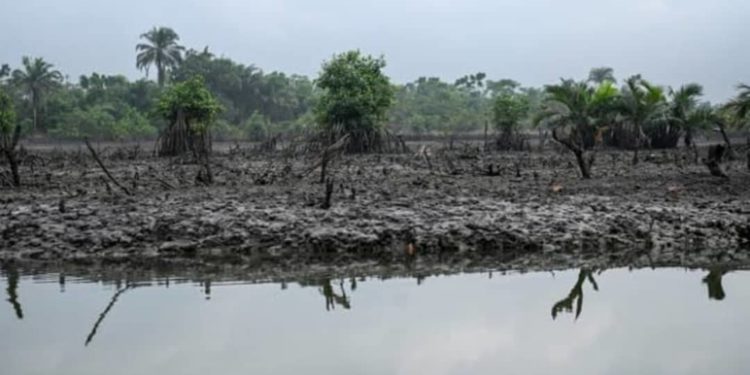 A former president of the Movement for the Survival of Ogoni People (MOSOP), Ledum Mitee, has called on President Muhammadu Buhari to restate his commitment to the clean-up of the polluted Ogoni environment in Rivers State.

Mitee, in a statement made available to LEADERSHIP in Port Harcourt on Saturday, said the clean-up of the Ogoni environment should be a credible process and not mere job for political allies.

huge expenditures, the Hydrocarbon Pollution Remediation Project (HYPREP) has not impacted on the communities.

The statement reads in part: “Developments relating to HYPREP in recent times have heightened my deep concern for the sanctity of the oil spill clean-up in Ogoni under HYPREP, which the present administration of President Buhari, during campaigns in 2015 and

thereafter, made a signature commitment of the administration.

“Apart from the fact that in the recent past, several stakeholders have expressed concern about the high turnover of supervising Ministers over the project, these concerns have heightened in the past couple of weeks following the news of what appears to be a tussle over which Ministry should oversight and thus control HYPREP and its budget.

“At a government retreat, the Minister of Transport, speaking for the president, announced that the president has ordered HYPREP to be moved from Environment to the Niger Delta Ministry. Just a day thereafter, the Ministry of Environment effectively refuted that

directive and quoted a circular by which the outfit was ordered by the same President to be under the Environment Ministry.

“Remarkably, the statement by the Environment Ministry stated that the

president has ordered a full audit of the accounts of HYPREP from inception to date, and I hope it is not a repeat of the NDDC experience where, in the face of serious mind bugling revelations about corruption, a so-called forensic audit was ordered which has perennially been ongoing creating the excuse for

business as usual, especially when viewed against the backdrop of the

exponentially risen to a record $300m compared to last year’s budget that was a mere $35m. Curiously, the current budget pegs the exchange rate at

“Opaque contracting processes which have been dominated by the wishes of the supervising Ministry evidenced by unqualified companies being shortlisted and awarded contracts for remediation.

“Incessant complaints by communities and other stakeholders that despite huge expenditures, HYPREP has not impacted on the communities.

“In the face of all these, I express grave fear and concern that these, including the latest struggle for control, may well be another signal to carry out an election year spending that would drain up the funds available for actual clean

up and development of Ogoni.

clean-up process and not mere jobs for political allies.”