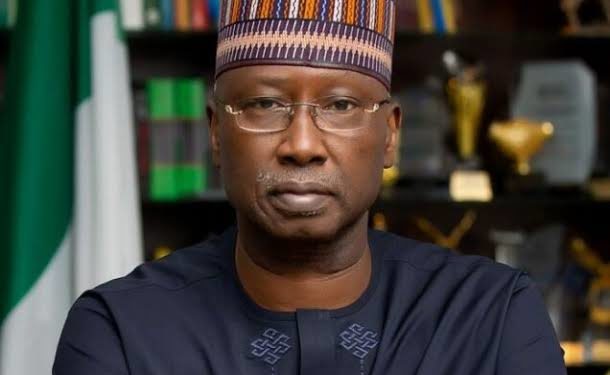 The secretary to the government of the federation (SGF), Boss Mustapha, made the disclosure when the delegation from World Health Organisation (WHO) led by its country representative, Dr Walter Mulombo Kazadi alongside the executive secretary, National Health Insurance Authority (NHIA), Prof Mohammed Nasir Sambo, paid him a courtesy visit in his office.

The SGF, in a statement by his media office said that the signing into law of the National Health Insurance Authority Bill by President Muhammadu Buhari signaled a new lease of life to the health sector, which would make universal health coverage accessible to the vulnerable in every nook and cranny of the country.

He said, “In May of this year, we had the President signed the bill, now made it to an act to create first, the agency that is going to administer the universal health insurance coverage to cater for the 83 million vulnerable you mentioned. And also, to superintend over the general administration of the insurance coverage across the length and breadth of this country.”

He thanked the World Health Organisation (WHO) for the technical and financial support it has received, which has assisted the country in its fight against Covid-19 in the country.

According to the SGF, one of the multiplier effects of treating sicknesses is the impoverishment of the families affected because of the out-of-pocket expenses being expended in the course of treatment.

He added that the signing into law of the NHIA, would go a long way to reduce poverty and improve the economic lives of Nigerians.

Earlier, the executive secretary, National Health Insurance Authority (NHIA), Pro. Mohammed Nasir Sambo thanked President Muhammadu Buhari for the bold step he has taken to sign into law the National Health Insurance Act. He said that the singular feat achieved by the President would place Nigeria on a trajectory of attaining universal health coverage for all Nigerians in line with the Sustainable Development Goals (SDGs) 2030.

The World Health Organisation (WHO) country representative, Dr Walter Mulombo Kazadi, congratulated President Muhammadu Buhari for signing into law the National Health Insurance Act (NHIA), which would make healthcare services accessible to the vulnerable in the society and by extension, improve the health and economic status of Nigerians.