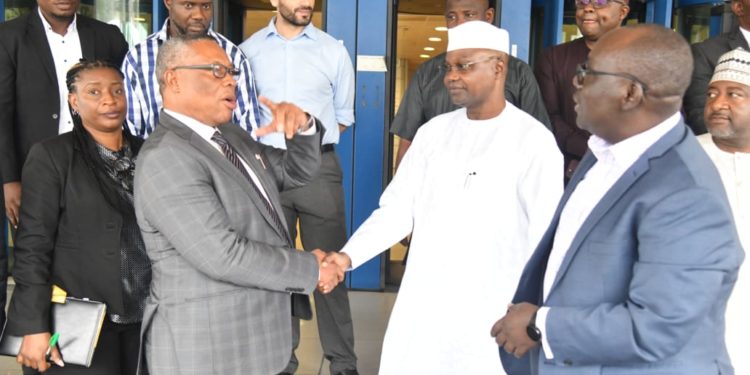 The federal government has pledged to sustain its supports to the investors in the newly gazzeted Nigeria’s largest oil and gas free zone, the Liberty Oil and Gas Free Zone (LOGFZ) located in Akwa Ibom State.

The Liberty Oil and Gas Free Zone, which cuts across six local government areas in Akwa Ibom State, is also the largest in West Africa with a landmass measuring about 50,000 hectares.

It has already recorded the licensing of 11 sub-Free Zone Enterprises among which is SPFL Gas and Petrochemicals Free Trade Zone operating in the zone.

speaking during the inaugural tour of facilities in the free zone, including the proposed OGFZA administrative office.

Kaura said: “As you know, the Free Zone is established by the country’s government in order to provide some incentives and support in all ramifications.

“So be rest assured that you will get all our support within the Authority and beyond. We have the capacity to get this support for you in the upper level of government.”

He expressed gratitude to have met the level of preliminary works done so far by the investors in terms of construction of access roads into the zone, and the jetty channel to the sea port, as well as other structures under construction in the free zone.

The OGFZA boss commended the investors for considering Nigeria as an enormous investment destination and assured them of his support in addition to the support and investment incentives the Authority has been providing to encourage them.

Shah stated that upon completion, SPFL FTZ will generate over 25,000 employments for Nigerians, as well as attract over $19bn Foreign Direct Investment (FDI) into the country, and fully position Nigeria as a net exporter of gas and other petrochemical products.