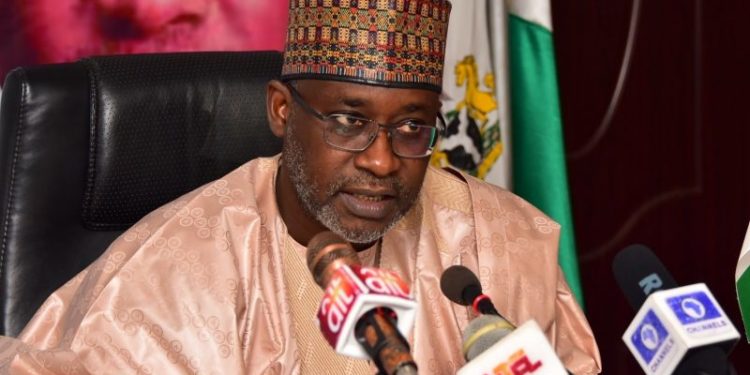 Minister of Water Resources, Engr. Sulieman Adamu, has said federal government has no plan to privatise the water sector.

He said the move to incorporate the private sector into the industry does not amount to privatization.

The minister also explained that the Water Resources Bill now before the National Assembly would be the basis for improving the country’s water resources if passed into law.

The minister, who stated this yesterday during a press briefing on the proposed Water Resources Bill, in Abuja, expressed the federal government’ plan to involve the private sector in the management of water service delivery in the country.
He said, “This is not to say that we are prioritising, privatising water, no, we need to bring in the private sector to be involved, especially in the management of water service delivery in the country to run maybe this water agencies profitably or at least be able to recover the cost of what they’re doing today.
Adamu reiterated that state governors will continue to exercise their powers over land, explaining that it is not in any way mentioned in the bill that the federal government will take responsibility for any land.
“Now that all land issues will be in accordance with the Land Use Act, that means state governors will continue to exercise their powers over land. “There is no way in this bill where anything is mentioned that the federal government will take responsibility for any land, not even one square inch or one square millimeter or one square micro millimeter in this beautiful, nothing whatsoever.
“So, please go out and tell the citizens the truth about this bill. People are trying to mislead Nigeria for whatever interest but we know that some of them have been sending this false narrative since this issue started. And for them to maintain their credibility, they have to continue to spew this lies to the world ’So that they think they can remain relevant because once the truth is out, they would have lost credibility or integrity.
“Others are doing it because they are attacking water in commercial quantities. Taking this water, mining water and selling to poor people even when they had the opportunity to improve the water services in their own locations and they don’t want to pay the necessary licensing fees for that to happen.”
“So, some people because of their vested interests, personal interests. They don’t want to go and subject themselves to licensing and therefore they then saw the attacking and tried to discredit the bill for their own personal interest,” he said.

7 Incredible Health Benefits Of Strawberries And Why You Should Eat More... Click Here For Details
Tags: Minister
SendShareTweetShare
Previous Post